Repeal of Parental Notice of Abortion will head to Pritzker

Governor has signaled his support

The Illinois House late Wednesday gave final passage to a bill that repeals the state’s Parental Notice of Abortion Act, clearing the way for Gov. JB Pritzker to sign it into law. The bill narrowly passed out of the Senate on Tuesday night on a 32-22 vote, with three Democrats voting no and six Democrats not voting.

The parental notice law in its current form was passed in 1995 but did not take effect until 2013 due to litigation. It requires abortion providers to notify a parent or adult family member at least 48 hours in advance of performing the procedure on a patient under the age of 18.

The current law contains exceptions if the minor was a victim of physical or sexual abuse or neglect by an adult family member, if the minor is married or emancipated, or if the provider determines there is a medical emergency, or if an adult family member waives the notice in writing. A judge can also waive the requirement and has done so approximately 575 times since the law took effect, according to committee testimony.

Supporters of repealing the notice requirement said it deters many pregnant minors from seeking abortion services and could put them in danger if the parent who would be notified is their abuser.

They also argued that the judicial bypass provision is both intimidating and overly burdensome, especially since the onset of the pandemic, which forced many courts to stop holding in-person hearings.

Susan Fox Gillis, a retired Cook County circuit judge, told the House Executive Committee on Wednesday that since the law was enacted, she and her colleagues in the court had heard “hundreds” of cases from minors seeking a judicial bypass.

“That law, in my experience as a judge tasked with deciding these waivers, is unnecessary, overly punitive, and it places burdens on young women seeking health care. It should be repealed,” she said. “Each of the young women who came before me had good reasons for not sharing her decision with a parent.”

Opponents of the bill, however, argued that the issue is not about a pregnant minor’s right to seek an abortion but rather the right of parents to be involved in their child’s health care decisions.

In floor debate, Rep. Avery Bourne, R-Morrisonville, argued that the current law allows abuse victims to bypass parental notice even without going through the court process. The minor can certify in writing that they are an abuse victim, and the attending physician would put that written certification on file. “So for those who are experiencing the horrible, horrible situation that they have been abused, neglected, the whole list,” Bourne said, “they don't have to go through the judicial bypass and they don't have to notify their parents.”

Bourne emphasized that the notification is done by the clinic, not the minor.

“We don't force the daughter to call the mom and tell them. We don't. This isn't what was described in committee as cruel,” she said. “We're not being cruel. We're allowing parents basic knowledge of a serious medical procedure that their daughter is contemplating and they don't have to tell their parents. It's the clinic that does it.”

That sentiment echoed testimony from Mary Hallan Fiorito, an attorney with the Catholic Women’s Forum, in the House Executive Committee earlier in the day.

“No abortion clinic should be able to perform irreversible surgery on either of my daughters without telling me,” she said. “At a time when there is so much division in our state, in our country, the Parental Notice of Abortion Act is a popular and broadly supported and reasonable safeguard that allows parents to properly exercise responsibility for the care of their children.”

Rep. Anna Moeller, D-Elgin, said opponents of the bill had engaged in “very emotional and quite frankly, misleading and hyperbolic rhetoric,” and she called her relationship with her daughters, 18 and 16, “the most important relationship in my life.”

House floor debate also mirrored that of the Senate, where Republicans pointed out that minors need parental consent to go on a school field trip, get their ears pierced or take a Tylenol at school.

In Senate committee debate Tuesday, GOP members questioned why a minor must have parental consent to receive a vaccine, but would no longer be subject to parental notification of abortion under the repeal.

Emily Werth, a staff attorney at ACLU of Illinois, responded that in Illinois, a minor who is pregnant no longer has to receive parental consent for any medical care. The pregnant minor could undergo a caesarean section, receive a vaccine or get any other medical care without parental notice or consent.

The bill would create the Youth Health and Safety Advisory Working Group to “identify existing and needed resources for pregnant and parenting youth, and youth seeking reproductive health care.”

The unpaid working group would include four members appointed by each the speaker of the House, Senate president and governor, at least half of which are youth. Minority leaders would each appoint two members, half of them youth. Each legislative leader would also appoint a member from their chamber.

The working group would report to the General Assembly and governor by July 1, 2023.

This story has been updated with more information from House floor debate.

Capitol News Illinois is a nonprofit, nonpartisan news service covering state government and distributed to more than 400 newspapers statewide. It is funded primarily by the Illinois Press Foundation and the Robert R. McCormick Foundation.

Faith leaders, including Bishop Thomas Paprocki of the Catholic Diocese in Springfield, on Tuesday argued at the state Capitol against a bill that would repeal the Parental Notice of Abortion Act of 1995. It passed a Senate committee Tuesday night. 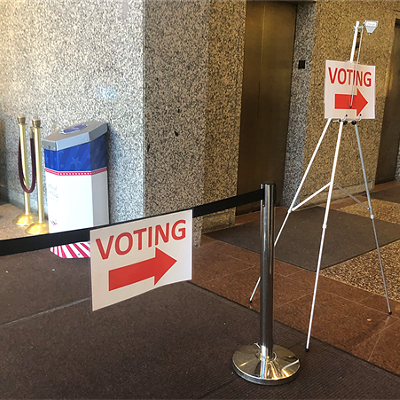 Both governor candidates use non-answers in debate