Once Menard County tree stewards determined the red haw's roots were holding, they shored up the trunk and secured the tree with cables.

Though Illinois Route 97 existed as a road for more than 175 years, it was officially designated a state highway in 1937. The 104.43-mile asphalt ribbon extends from exit 98 off of U.S. Interstate I-55 in Springfield to Highway 150 near Galesburg, but the stretch best known to central Illinoisans is that from the junction of state routes 97 and 125 to Havana, which runs through Salisbury, Petersburg, Atterbury, Oakford and Kilbourne. It also winds through the river bottom below Lincoln's New Salem Historic Site, a factor that inspired one of the first highway beautification programs in the state.

Illinois governor Henry Horner (1878-1940) was a renowned Lincoln collector who served two terms in office, although he suffered a stroke and did not live to the end of his second term. Most people associate the Illinois Department of Transportation's highway beautification initiative with the Federal Highway Beautification Program of the 1960s and 70s, but the state's tree program goes back to Horner and his appreciation for Abraham Lincoln. According to Guy Sternberg, director of Starhill Forest Aboretum in Petersburg, the initiative to beautify Route 97 began with Horner 30 years earlier.

"The Illinois Garden Clubs, Governor Horner, and the Civilian Conservation Corps (CCC) began Illinois' first highway beautification project in 1934," says Sternberg. "Small native seedlings were dug from pastures and planted along the three main routes from Springfield to New Salem as the village restoration was being done. Those routes were Illinois 125, 97 and 29. A plaque was placed at the Jefferies Road intersection with Route 29 [it's still there], and my future neighbor and former Menard County Sheriff Hank Whitehurst said he witnessed some of the Route 97 work as a 10-year old boy living near Rock Creek in 1934. I was able to obtain a firsthand account from him of this experience late in his life."

According to Sternberg, the idea came from the Illinois Garden Clubs, but much of the heavy lifting was done by the CCC crew base at Camp New Salem.

"It was called the Horner Hawthorn Project because many of the trees were hawthorns, along with ash, oaks, buckeyes and probably others," Sternberg said. "Many groups were probably involved, but there was so much interest in the reconstruction of New Salem at that time it is hard to know who contributed to the project. A few of those trees still can be seen today, and several of us are working with IDOT to preserve them."

Petersburg Observer publisher Jane Cutright remembers when the trees were plentiful along both sides of the Route 97 between New Salem and Springfield. Says Cutright, "My mother spoke of them often and called them 'red haw trees,' and I remember her mentioning that a friend would collect the fruit and make it into some type of jelly." Red haw is the vernacular name for the red hawthorn.

Most of those early trees did not survive, he explains. "Based upon what we can still see today, and what I recall seeing since 1970 when so many more of them were still alive, the majority of trees planted were hawthorns. Several ash trees still remain because we have volunteers treating them for emerald ash borer. A few oaks still can be seen, and a few buckeyes. Other species, not as long lived, might have been included as well, but they have not survived the many decades since," Sternberg says.

Given the years that have passed and the pressures of highway maintenance and construction, it's surprising any of these trees are still there, Sternberg says. "Those that survive provide wildlife habitat and bird roosting and nesting sites, as well as aesthetic and psychological benefits for those who drive these routes," he says. "Seeing an occasional mature tree, especially in bloom or in fall color, is a refreshing treat if you are driving a highway that offers nothing but agricultural fields on either side."

If you drive north along Route 97 from the Route 125 exit you'll see remnant trees from the project, sometimes planted in tandem on opposite sides of the highway. But many have been lost due to road construction, natural causes and sometimes the misguided work of highway crews unaware of the earlier efforts of arborists. "The remaining ones have been evaluated by several IDOT engineers who looked at every tree with me several years ago and are committed to saving them," Sternberg asserts.

According to Sternberg, there are currently no new state initiatives to plant trees along historic highways in Illinois. "Current road clearance requirements prevent planting new trees in most areas due to limited available right-of-way, but we must do what we can to save what remains," he says.

Because much of the Route 97 roadway in Sangamon and Menard counties originally passed through open prairie, native groves were few, although some remain. One possible pre-settlement bur oak tree near the wooded Rock Creek valley certainly predates the highway, Sternberg says. "It is only 11 feet from the edge of the pavement, but due to its historic value, IDOT has agreed to provide special protection for the tree rather than remove it."

One of the historic Horner Hawthorn Project trees sits at the intersection of routes 97 and 123, near the Tallula Junction.

According to Sternberg, the south triangle of the Tallula Junction was adopted and named Wayside Park by Menard County Trails and Greenways (MCT&G) with permission and cooperation of IDOT. "It had been one of the original Y intersections built when the highway was constructed, during horse-and-buggy days when a gentle curving intersection was more easily negotiated by these vehicles, and when speeding cars and stop signs had not yet become part of the modern highway experience. The site was preserved because three of the original CCC trees still remained there, and it was developed by MCT&G volunteers with a council ring and walkway, grading, tree management and interpretive signing to welcome visitors to Menard County coming from the south," Sternberg explains.

"One of the three trees was the largest of all of the known hawthorn trees in the entire project, and had been measured to be only inches shy of being the largest red hawthorn (Crataegus mollis) in Illinois," Sternberg says. "That tree was given professional care with pruning, structural cabling, Japanese beetle control and competition removal in order to optimize its vitality, grandeur and appeal."

When two violent spring storms tipped the tree onto its side in 2019, the MCT&G watched it to see if the still-intact roots would support its continued growth. The roots held, so volunteers worked to stabilize the tree, protect it and interpret it for the public. According to Sternberg, there will be a public celebration of this natural historic feature and all the volunteer work that has been done to preserve it, on June 1, assuming the COVID-19 virus has been contained and our daily lives are back to normal. That's a big IF, but given the tree's resilience in the face of natural calamities, we're all betting on the hawthorn.

William Furry of Petersburg is the executive director of the Illinois State Historical Society. 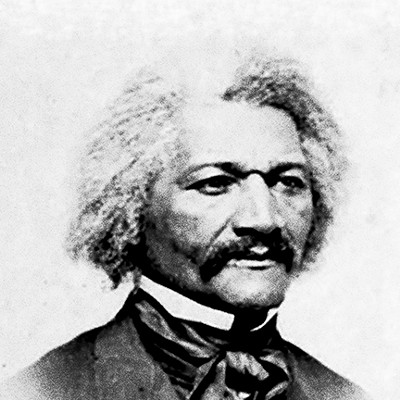