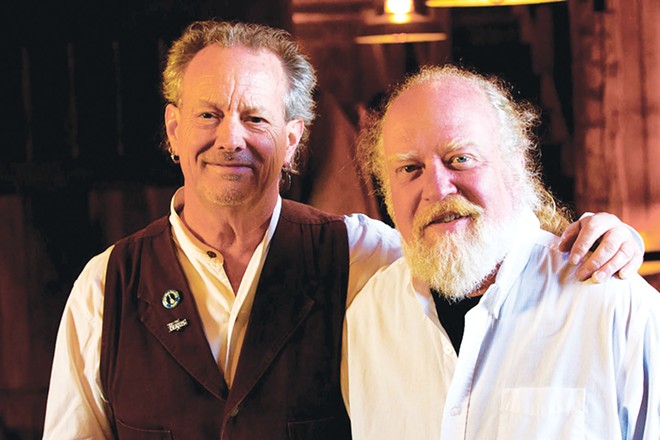 You would be hard-pressed to find a more dynamic duo than these two fine gentlemen who come with a true blue rock 'n' roll pedigree, including time spent as real "Byrds" and with other luminaries of the rock world. But better than their distinguished careers, is listening to them live in person, whether you know one bit about their past playing. Terry Jones Rogers and Scott Nienhaus have been performing music partners since meeting in 1993, when their mutual friend, (and ours too) Michael 'Supe" Granda, urged them to both relocate to Nashville and work in the world-renowned music scene. Now based out of the St. Louis area, both artists are back playing again as a team after years of steady touring were interrupted by the global pandemic that has wreaked havoc on the live music scene everywhere. Expect excellent harmonies a la CSNY and the Byrds, accompanied by an extremely high level of musicianship all done while playing an insightful batch of original songs with a few rock classics tossed in for good measure.