Uneven structure hobbles Ricardos
It's been a heck of a week on the I Love Lucy show. The writers are struggling to come up with fresh ideas, while the crew is disgruntled and on the verge of burn out. There have been arguments with the producers at CBS who are balking at the idea of Lucille Ball appearing on the nation's No. 1 show while pregnant, her husband Desi Arnez insisting this will be the case. Oh, and there's a rumor floating about that a story claiming Lucy is a communist is set to break at any time.

Aaron Sorkin's Being the Ricardos is an engaging enough film, anchored by fascinating performances from Nicole Kidman and Javier Bardem as the television icons. Unfortunately, the movie has a pacing problem that proves frustrating. A series of flashbacks devoted to how the couple met, their courtship and ultimate partnership, aren't nearly as compelling as those devoted to the trials of producing the show. As a result, the film loses its sense of momentum whenever it delves into the couple's early days. Still, Kidman, Bardem and the always reliable J.K. Simmons as a perpetually grousing William Frawley make it worth a look. Streaming on Amazon Prime.

McKay takes no prisoners with Up
You're liable to have a great many feelings while watching Adam McKay's brutal, spot-on parody Don't Look Up. As long as it leaves you enraged, I think the writer/director will be satisfied. Written before the pandemic, this is a vicious broadside aimed at the Trump administration, Fox News and big business that hits so close to home, you'll likely scream at your screen as much as laugh.

Leonardo DiCaprio and Jennifer Lawrence are astronomers who discover a meteor is on a crash course with Earth, an event that will wipe out all life on the planet. The opportunist, clueless president (Meryl Streep) and her chief of staff (Jonah Hill) brush them off, while the media makes light of their claims. A parable for global warming and those who deny its existence, the film pulls no punches in its portrayal of how corrupt and self-serving the past administration was or in showing its supporters as lemmings believing all they're told by their false prophet at their peril. This is a divisive film to be sure, but a brave one at that, as McKay gleefully skewers those responsible for our current plight, consequences be damned. Streaming on Netflix.

Underdog's heart trumps schmaltz
Though it suffers from being a bit heavy-handed, at times applying sentiment with a trowel, Andrew and Jon Erwin's American Underdog proves to be an unexpectedly moving film. To be sure, this biopic of NFL Hall-of-Famer Kurt Warner contains about every sports cliché you can think of, yet the uncommon sincerity with which his story is told elevates it above the normal genre entry.

Zach Levi's all-American persona and athleticism is put to good use here, the actor convincing on the field, whether it be during Warner's arena football or NFL days, as well as during quiet moments he shares with Anna Paquin as Brenda, the quarterback's tough-as-nails wife. While it would be easy to dismiss this underdog story as just so much schmaltz, it's hard to fault the film as it sticks to well-documented fact. Warner has made no bones about how important his religious beliefs are, but thankfully, this part of his life doesn't dominate the story. Great support from Dennis Quaid as coach Dick Vermeil and a genuinely moving conclusion contribute to Underdog's success, the rare inspirational film that doesn't belabor its message. In theaters. 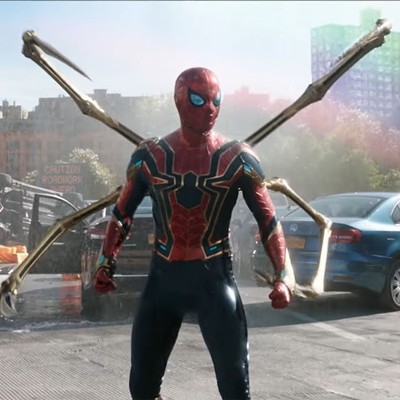 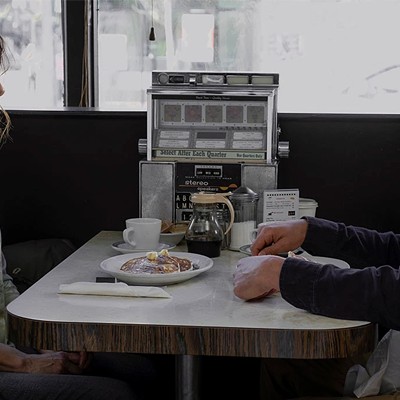