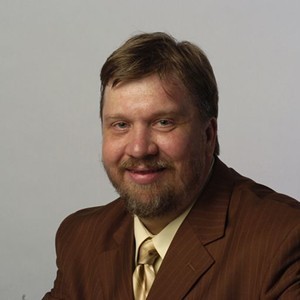 Rep. Tim Ozinga, R-Mokena, made the classic blunder of not focusing on one election at a time. But, his flub does give us an excuse to look at a few fundraising issues.

It's been no secret that Ozinga wanted to be the next House Republican Leader. But he hasn't really been involved in many House Republican races this year and then, the day before election day, all of a sudden reported giving his own campaign fund $1 million.

As I pointed out to my newsletter subscribers last week, that money could've really helped some suburban or Downstate candidates who struggled to raise money and then lost. House Republican Leader Jim Durkin relied on the word of billionaire Ken Griffin that he'd have plenty of money for the fall campaign. But when Griffin left Illinois in a huff over rival billionaire Richard Uihlein opposing his efforts to nominate Republican Richard Irvin for governor, that commitment was discarded.

The Republicans' fundraising base has badly eroded over the years. It has either aged out, and/or moved to warmer climes and more hospitable politics like Florida and Arizona. Once those folks leave, they just don't care anymore (unless they're getting paid, like Dan Proft, who spent millions of Uihlein's money to help Darren Bailey). Adequate, reliable and younger replacements have not yet been found. Bailey winning the primary probably discouraged potential contributors from seeing a path to any significant wins this year.

This problematic fundraising trend has been going on for quite a few years. The wealthy Bruce Rauner exploited it to his own advantage by handing out money before, during and after his 2014 gubernatorial bid. After Rauner lost reelection and split for Florida, Griffin stepped in, until he lost the Irvin race and split for Florida.

So, it's either jump into the far-right political bed with Uihlein, or deal with the GOP's stark fiscal reality and scramble every day to raise a few bucks here and there. It's no wonder that Leader Durkin retired. It's just not worth the hassle.

Anyway, there is most definitely a void in the Republican Party structure that wealthy people like Ozinga can exploit, if only he had pitched in more during the last election instead of waiting to plunk down cash during the leadership race.

And while billionaire Richard Uihlein didn't give money to House Republican Leader Durkin, he did fund a group called Common Sense Reforms independent expenditure committee. As I've told you before, it's run by some Illinois Policy Institute honchos, including John Tillman.

According to a State Board of Elections website search, the group reported spending $1.9 million since early October.

Uihlein used the group in much the same way he helped Bailey through Dan Proft's independent expenditure committee, People Who Play by the Rules PAC. He gave a few bucks to Bailey, but most of his cash went to Proft.

Instead of concentrating the Uihlein cash on some winnable races, though, Common Sense Reforms scattered the spending among 18 House contests, with almost all of the districts receiving about the same amount of mail. I'm not sure if their spending was enough to move the needle in any individual races, but Uihlein and Tillman might have created some good will among the very small handful who won.

State law requires any candidates who receive 33% of their funding from a single person or group to disclose the name of the "sponsoring entity" on their state paperwork.

In McConchie's case, the sponsoring entity was the billionaire Uihlein, who contributed $2.1 million to McConchie's personal campaign committee in the third quarter, or 78% of his total.

A spokesperson for the Board of Elections says that candidates don't have to disclose their sponsoring entities on their "paid for by" advertising disclaimers, although one attorney I consulted disagrees.

But just think of all the candidates with sponsoring entities this year who didn't disclose it. Irvin received tens of millions of dollars from Griffin. Uihlein has been Bailey's sponsoring entity all year long. Kari Steele's Democratic primary bid for Cook County Assessor was almost totally funded by the Operating Engineers Local 150-connected Fight Back Fund's million-dollar contribution.

Strengthening the law to make clear that campaigns have to disclose their sponsors in their advertising probably wouldn't work. Uihlein and Proft could've just set up an entity called "I love Darren Bailey," or something. Money always seems to find a way around regulations.