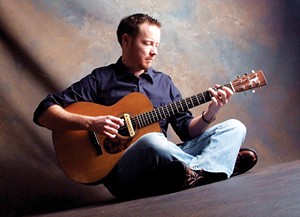 Welcome to our Remembering issue, celebrating the lives of those we lost i n the last year. Sadly, we had more than a few musicians join the everlasting band in 2019. Let's send these dearly missed music makers off with a round of applause for a job well done on this old earth.

Not to make too much of a hullabaloo about what day of the week Christmas lands, but it sure is handy to have it on a Wednesday this year so the almighty entertainment triumvirate of Friday, Saturday and Sunday is full of shows and peppered with people home for the holidays. Once when Christmas fell on a Saturday, I remember the gig calendar looked sad indeed and having New Year's Eve on a Friday night seemed like a waste of a normal night out. But currently we are gifted by the calendar with an entire weekend to party on and on between holidays. Sometimes I think I think about these things too much. What do you think?

The good folks at Obed & Isaac's have transported their cool live music series from outside on Wednesdays to an inside Thursday night show in the "enclosed beer garden" area featuring an acoustic act weekly. This Thursday, celebrate your day after Christmas with the incomparable Dave Littrell. Calling him a fixture on the scene is just not enough for this ubiquitous, unique and universally admired musician. He's a perennial Best of Springfield winner and nominee in several categories, plays solo and duo shows, all the while performing in three of our most popular local bands (The Station, The Shenanigans and The Deep Hollow). He also excels on guitar, saxophone and vocals, plus does amazing cover songs and has a deep catalogue of original music, too. So go see him play somewhere. It should be fairly easy since he's out there all the time. Along with the Thursday gig this week he's with longtime cohort Micah Walk on Friday at Danenberger's, at a solo show on Sunday at 3 Sixteen Wine Bar in Chatham and back at Danenberger's with the Shenanigans for New Year's Eve on Tuesday.

Now about those extra holiday weekend shows – how about this for a Friday night? Jack Flash rolls the Stones at the Curve, Captain Geech geech-a-fies the Blue Grouch, The Blair House Band dedicates the new ballroom at the K of C Hall on Meadowbrook, Jones & Chase drive it at Motorheads, Silas Tockey works his craft at Craft Beer Bar, Avery Kern heads out of town to Locals in Pawnee, while we (that's me) kill it with a full-rocking band at Ranks featuring Owen Irwin on lead guitar. Then on Saturday, Chris Camp & His Blues Ambassadors negotiate at Anvil & Forge, while Rank's plays host to the Liz Fitz Band and Phil Steinburg's Songs of Sinatra, as Bluesmattic with Robert Sampson make good blues at Crows Mill Pub, Off the Wall tops it off at Top Cats and Casey Cantrall hits the jackpot at the Lucky Moon Saloon near Chatham.

Now to New Year's Eve, where our wonderful tradition of First Night Springfield dominates the downtown scene on the night before 2020. This famously fabulous, family-friendly event hosts various area performers in several different downtown locations starting in the afternoon, then continuing before and after the year-end fireworks display in the evening time. Thanks to local sponsors and the Springfield Area Arts Council for keeping this going for an amazing 33 years and counting.

And that's not all folks, but it's all the room we have. Check the listings for much, much more, including New Year's Eve shows all over town. See you next year.

What’s going on in your virtual world?