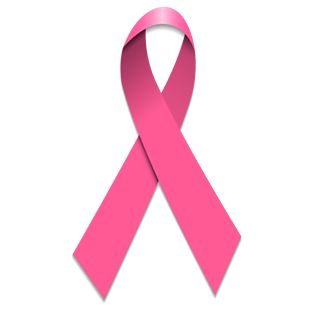 That was the oft-repeated refrain my father said to my brother and me growing up. If one of us fell and skinned our knees, it was, "Knock it off, boys don't cry."

It didn't matter if we were 4 or 5. Crying was a sign of weakness and of questionable masculinity.

When I was 8, our dog, Princess, died on Christmas Day after licking up some pesticide stored in a shed. It was a stiff upper lip for me. No crying was allowed. Dad was watching.

The rules for manhood were well-defined for him. When our pastor showed up for a church cookout wearing a pair of pink golf trousers, we heard about it all the way home: "It's inappropriate for a man to dress that way."

Neither my brother nor I wore pink growing up. Ever.

A strange thing happened as my dad aged; he learned to cry. The first time I saw it, it was disconcerting, like witnessing a dam break or feeling the earth shift off its axis.

It was just strange. The tears raced down his cheeks. My brother was ill, and he couldn't do anything to save him.

"Incurable" was a word that didn't compute with my father. He was a fixer, a magician with his hands. Whether it was getting a seized auger to rotate, repairing a malfunctioning fuel pump or getting a downed cow with milk fever to stand: He fixed the situation.

But when my brother, Danny, was afflicted with a rare and incurable liver disease, tears flowed. Didn't he remember what he taught us? Boys don't cry.

Despite the tears, Danny died at age 48.

When I moved into adulthood, I occasionally would wear a pink dress shirt with a teal tie. I didn't feel emasculated.

But in Las Vegas, my editor Mike O'Callaghan, a one-legged Marine, Korean War veteran and former governor of Nevada, would loudly condemn any man wearing pink in his presence.

I was unaware of this until I showed up for work one day wearing one of my favorite dress shirts. His voice roared across the newsroom, "Hey, Reeder. What are you doing wearing pink?" Some sort of homophobic comment followed.

The other men in the newsroom whispered, "Never wear pink around Mike."

Was it something about that generation? I don't know. But he grew up half a continent away from my father and they had the same ideas.

Not long after I returned to Illinois, my mother was diagnosed with breast cancer. Dad became the caregiver for his partner of 59 years.

I remember him gripping her right hand while I held her left at her bedside.

As she breathed slowly, shallowly, my dad cried out, "Save a place for me in heaven." Tears fell down the face of my sister, who sat at the foot of the bed. We watched 79 years of life and an 11-year battle with breast cancer come to an end.

Our mother was gone.

The pictures on the bedroom wall spoke to what was important to Mom: family.

Photos of each of her three children and their partners on their wedding days stood like sentinels overlooking her bed. The faces of her seven grandkids peered out from picture frames.

For me, June 2, 2013, always will be a day of sadness. But for my dad, it marked a tragedy from which he never recovered.

We thought it was a good idea to occasionally get him away from the home he had shared with mom. So, my wife and I would have him visit our family in Springfield.

After church one Sunday, we decided to visit the State Fair. I slipped on a pair of sandals and a T-shirt. The shirt was bright, almost fluorescent pink.

"You're going to wear that?" my father growled. I pointed to the lettering on the front that read, "Susan G. Komen Race for the Cure," and said, "I wear this to honor Mom."

Tears welled in his eyes; he swallowed hard and nodded his head.

Yes, it's OK for men to cry. And men can wear pink.

Breast cancer and the women we love make us do both.