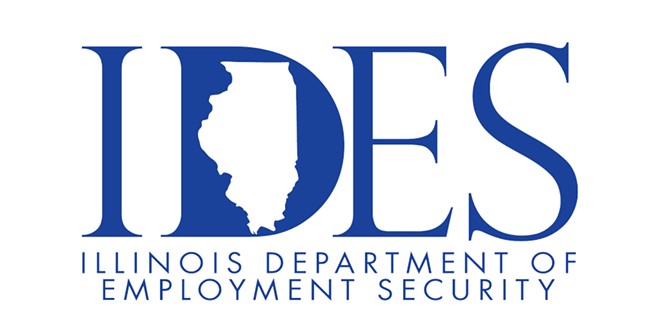 The Illinois Department of Employment Security has revised procedures for investigating complaints after a client accused an employee of rape.

The Executive Office of Inspector General couldn't substantiate the woman's claim that she'd been sexually assaulted by Charley Holstein, who's assigned to help unemployed veterans find work. But the inspector general found that IDES hadn't properly investigated the accusation, and it also found that the agency erred in not disciplining Holstein, who told the inspector general that he'd done nothing improper by kindling a relationship with an agency client.

Police closed the case after the woman said that she wouldn't press charges. Holstein acknowledged having sex with the woman, whom he pursued romantically after she attended a workshop at an Effingham IDES office in 2018.

In addition to promising the inspector general that it would conduct more thorough investigations of serious allegations such as sexual assault, the department, which initially took no disciplinary action, suspended Holstein for seven days.

"IDES agrees that Mr. Holstein's behavior in this case was unacceptable," wrote Thomas Chan, then acting IDES director, in a 2019 letter to the inspector general. Chan resigned last August, after IDES was slow to deliver on unemployment claims and answer inquiries from people thrown out of work.

In his 2019 letter, Chan wrote that IDES, after the incident, revised its ethics code to prohibit employees from initiating or participating in romantic or sexual relationships with clients. The inspector general's office closed its case in September after being told that Holstein had been suspended for making false statements to investigators and violating the personal conduct section of the department's ethics code.

Holstein struck up a conversation with his accuser in an IDES parking lot while she was waiting for a transit bus after attending a workshop on how to get a job. The workshop was required as a condition for collecting unemployment benefits.

Holstein says that he and the woman exchanged phone numbers after a 15-minute chat. The attraction was mutual, Holstein told investigators. The woman denied giving her number to Holstein and said that he must have gotten it from a state database. IDES officials told investigators that getting the number from a database would have been difficult for someone in Holstein's position, especially if the client had a common last name.

The next day, Holstein picked the woman up for lunch outside her apartment — the woman said that she agreed in hopes that he might get her a job. About three weeks later, she says, he came to her apartment, offered her "marijuana pills," then sexually assaulted her. Nearly three weeks after the incident, the woman called police, whom she did not allow into her apartment to gather evidence that she said no longer existed. She also would not go to police headquarters to provide a detailed statement, according to the inspector general's report, nor would she go to a hospital for an examination. While she told police that she was afraid of Holstein, the woman did not want to press charges. The woman also called IDES to complain.

Holstein denied raping the woman or offering marijuana. The two exchanged 222 text messages within six weeks, the inspector general reported – he sent the first one within hours of meeting her – and spoke by telephone 18 times before the woman called police and IDES to complain.

Informed of the woman's allegations, IDES officials interviewed neither Holstein nor her – an IDES official who had spoken with police told the inspector general that she didn't believe that the allegations could be substantiated. The seven-query questionnaire given to Holstein included such questions as whether the two were connected via social media and what reason she might have to level accusations. The department issued no discipline.

That was the wrong call, the inspector general says.

"The serious nature of this type of allegation requires a more thorough inquiry," the inspector general's staff wrote in the final report. "Simply asking an employee to fill out written answers to minimal questions likely provides decision makers with little meaningful information and can also send a message that such alleged conduct is of little concern to the agency."

While not substantiating the woman's rape accusation, the inspector general found that Holstein had violated conduct codes. "At the very least, Mr. Holstein should have shown better professional judgment," the inspector general wrote. "Mr. Holstein's actions in initiating the romantic relationship...on state property during the work day, and pursuing that relationship given the fact that (the woman) was an IDES client, constituted unprofessional behavior that reflects unfavorably upon the state, and violated the IDES and Illinois Code of Personal Conduct."