Russian President Vladimir Putin's penchant for military adventurism abroad has gained him celebrity status, thanks in part to his asymmetrical methods. His geopolitical resumé contains a number of marginal successes, including the 2008 invasion and de facto annexation of portions of Georgia, the propping up of fellow strongman Bashar al-Assad in the Syrian civil war in 2015, and the annexation of Crimea and occupation of the Donbas in eastern Ukraine in the aftermath of the 2014 Maidan Revolution. But upon closer inspection, these foreign military operations yielded more long-term pain than short-term gain. Since being invaded, Georgia aspires to join the European Union and NATO, and the al-Assad regime remains on Russian life support in the midst of the ongoing Syrian civil war.

The Maidan Revolution was important, not only because it represented Ukrainian rejection of Russian neocolonialism, it also signified a strategic defeat of Russian soft power by Western values. Putin's overhyped seizure of Crimea and support for Donbas separatists was reactive in nature, and engineered through sham referendums and empty slogans "proclaiming" the will of ethnic Russian speakers.

In the next eight years, Ukraine slowly decoupled from its traditional Russian/Soviet orbit and gravitated towards the West politically, economically and militarily. By 2022, Putin could no longer stomach his failure to reign in what he viewed as a wayward vassal state. Depleted of soft power resources, Putin's military invaded Ukraine on Feb. 24 under the faulty pretext that the Ukrainian government was a "gang of drug addicts and neo-Nazis," among other outlandish claims.

In the four and a half months of largely stalemated war against a vastly inferior military, Putin's invasion has created tens of thousands of casualties of war, hundreds of rape and torture victims, displaced and traumatized families and a de facto embargo of Ukrainian seaports. These reckless actions will result in growing anti-Russian sentiment, especially among states dependent on Ukrainian wheat imports, but more importantly, among Russian-speaking Ukrainians Putin claims his invasion is protecting.

Politically, Putin's invasion has reaped unprecedented economic sanctions against the Russian Federation and laid bare the numerous vulnerabilities of a highly overrated Russian military while shattering the myth of its invincibility.

His grueling war of attrition underlies a complete lack of strategic foresight and is likely to achieve precisely what Putin sought to prevent. Historically neutral states Sweden and Finland applied for NATO membership in May and are expected to be approved by all member countries. When Finland becomes a member, Russian-NATO borders will have doubled, to 1,584 miles.

In a war that has no clear military objectives, Putin cannot afford protracted hostilities. Unfortunately for him, this prospect is gaining traction as the frontlines become increasingly static. Although numbers are likely higher due to the fog of war, respected open-source war tracker Oryx has visually confirmed, as of July 5, the loss of 4,586 Russian military vehicles, aircraft and equipment since the war began. Most official projections put Russian soldiers killed in action somewhere between 25,000 and 35,000, in less than five months of fighting. Given these considerations, the Russian war effort is likely to become unsustainable.

Since the invasion, Putin's reputation as a master tactician has all but fizzled. In this time, the Russian military has been exposed for the overstretched, ill-equipped and incompetent Soviet throwback it is. From the Battle of Kyiv to the sinking of Russia's Black Sea flagship the Moskva, Ukraine has time and again proven its tactical superiority. Putin's recent gains in the Donbas have been marginal at best. Military objectives he failed to achieve through basic battlefield competence have been secured with brute force and scorched earth tactics. These actions are not indicative of strategic military planning, but rather desperation.

Not only has Putin exposed the Russian military's tactical and operational shortcomings, his ill-advised invasion has united the West against Russia. Western arms supplied to the Ukrainian military have totaled in the tens of billions of dollars, with no sign of let up. The West is also working to wean itself from dependence on Russian fossil fuels. In the long run, such a move will likely have serious consequences for Russia's undiversified economy, which relies heavily on Western purchases of its oil and natural gas.

Thus far, Putin has only achieved Pyrrhic victories in Ukraine. As Russian resources dwindle and the economy constricts, Putin will eventually need more than leveled cities to invigorate domestic support for the war, not only for the general Russian populace, but also for the ruling elite. In the halls of the Kremlin, Putin has fostered a climate of ruthless realpolitik, where failure is not tolerated. If the war in Ukraine continues on its current trajectory, Vladimir Putin may fall victim to the very culture he created.

Andrew Leonard of Chatham is a full-time information technology consultant who has a passion for current events, especially foreign policy and international conflict. A freelance writer, his works have been featured in national and international news outlets.

Putin is at war with his own people 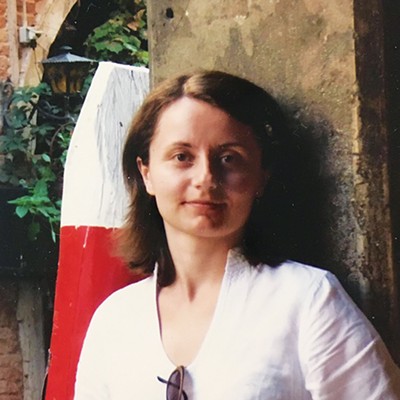