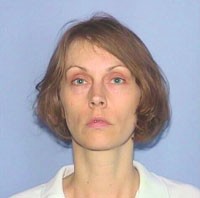 Now it's official: Despite the confession of a serial killer, and despite an appellate court's decision to overturn her conviction, Julie Rea-Harper will stand trial a second time for the brutal murder of her young son.

In October 1997, 10-year-old Joel Kirkpatrick was stabbed to death as he slept in his mother's Lawrenceville home. Three years later, Rea-Harper was charged and convicted of first-degree murder.

But from the beginning, Rea-Harper claimed that a mysterious masked intruder killed her son. And indeed, not long after she began serving her 65-year prison sentence, Tommy Lynn Sells, a serial killer on Texas' death row, voluntarily confessed to killing the boy.

Last summer, Rea-Harper was released from prison after an appellate court overturned her conviction. She was instantly re-arrested by Lawrence County authorities, but later freed after posting bond.

Rea-Harper, 35, entered a plea of not guilty.

The case will be prosecuted by a team of attorneys led by Ed Parkinson, the special prosecutor who handled Rea-Harper's first murder trial. It was the original improper appointment of Parkinson that provided the basis for the appellate court's reversal of Rea-Harper's conviction.

At the first trial, Rea-Harper's defense was entrusted to a public defender. This time, she is represented by a team of attorneys from Northwestern University's Center on Wrongful Convictions, which accepts only clients who appear to have credible claims of actual innocence. Rea-Harper's case was also investigated by the Downstate Illinois Innocence Project, based at University of Illinois at Springfield.

A new trial date has not been set. Vaughan scheduled a status conference for Jan. 12.

Meanwhile, Rea-Harper has been given permission to travel out of state. Over the objection of prosecutors, Vaughan granted her request to travel to University of Indiana at Bloomington, to continue course work toward her Ph.D. in educational psychology, and to Kentucky, to visit her parents. Rea-Harper signed a waiver of extradition, and recently spent a weekend at her parents' home.

She has also enrolled in classes at Northern Illinois University, where her husband, Mark Harper, is a third-year law student.

Her mother, Jane Rea, said she is thrilled that bond conditions have been relaxed.

"We are delighted that Julie is able to continue with her education," Rea said. "And we know she is innocent." She declined further comment.

Other stories about the Julie Rea-Harper case can be found at www.illinoistimes.com.