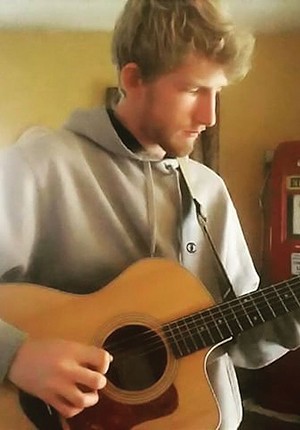 Zack Fedor joined up with Hipbone Sam back in January of 2016.

As a few larger venues are able to open up as we experience an orderly lessening of the pandemic protocols around the state, a return to a music scene as we know it is in our foreseeable future. While we're waiting, how about checking out what we were doing a few years ago at this point in January? Kinda like making a Way-Back Machine move, for you fans of Mr. Peabody, or perhaps a Billy Pilgrim "unstuck in time" moment for followers of Kurt Vonnegut or even a Back to the Future experience of sorts for the moviegoers among us. Buckle up and here we go.

Last year for the Jan. 16 Now Playing column we talked about a couple of musicians going through health issues, promoting Micky Shomidie's "VIP Rockstar Fight for Life Fundraiser" and reporting on the excellent progress of Reggie Britton in his struggle with lymphoma. The next week we mourned the loss of Billy Bacon, peppy percussionist and driving force behind the always popular, local cover band, Screamin' Vatos, a group that counted some 50 members through its ranks during a long run on the local scene under Billy's tutelage.

In mid-January of 2015, we lost guitarist, vocalist, producer, studio owner, songwriter, bandleader and all-around music man, Pat Bowe, to a motorcycle accident in Decatur. FrostFest was happening at Donnie's Homespun in the Vinegar Hill Mall and Lyman Ellerman presented a legacy show at Guitars and Cadillacs, while The Deep Hollow was in Nashville celebrating a national songwriting award by performing at the 30th anniversary of American Songwriter magazine. In January 2016, we covered a couple of UIS events as world-famous Iowa folk singer-songwriter Greg Brown, with his longtime cohort Bo Ramsey, played the Studio Theatre and the Sangamon Auditorium hosted a once-in-a-lifetime concert with Ricky Skaggs, Sharon White and Ry Cooder, plus the Illinois Symphony Orchestra presented Sensational Strings at the First Presbyterian Church covering those crazy classical cats, Mozart and Dvorak.

For the same week in the bars, James Armstrong hit the Alamo on Thursday, John T. Crisp, Jr. and Chahrm with Ada Lou performed at Robbie's for the Uptown Friday Night series and Always After Five hosted Lady Carole and Her Knights. The Station was at the Curve Inn on Friday and on Saturday at Casey's Pub, Hipbone Sam introduced Zack Fedor as the newest member of his band. Are you going crazy yet just hearing about all these happenings from Januarys in the past?

In 2017 there was a show at the mysterious Radon Lounge and a BedRock 66 Live! concert at Bar None. 2018 gave us a Robert Sampson gig at Walnut Street Winery after he again reached the finals of the prestigious Blues Challenge in Memphis and Chris Camp and his Blues Ambassadors were just hitting the scene with a Saturday night show at the Lime Street Cafe.

By 2018 we had lots of ice and snow but still managed to pull off WhirlWind 2018 at the Curve to support Taylorville tornado victims and presented the first annual Ring of Fire Charities fundraiser trivia night held in honor of the late Dave Baker.

Now, snap out of your reverie and locate back into the present year of 2021 as Danenbergers begins live music again with Ray Scott on Friday and Sushi Roll Band on Saturday, plus the Curve continues on with JackAsh on Friday and Hat Trick on Saturday. And to top it off, Isaiah Christian lands in The Boars Nest in Athens on Saturday.

Please be safe as the past repeats itself and our music scene gets going again.