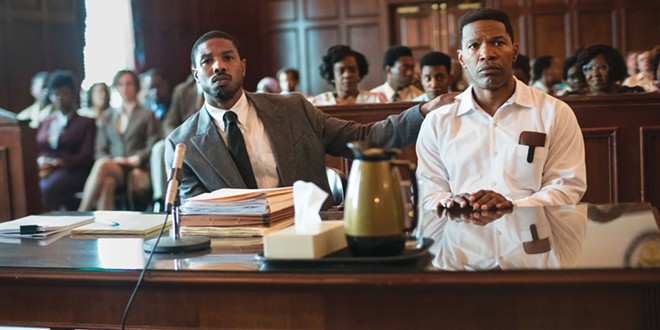 What happened to Walter McMillian is unconscionable. Falsely accused of murdering an 18-year-old white woman, he was incarcerated on Alabama's death row before he was even granted a trial and then returned there for six long years after sitting through a hearing that consisted of "evidence" that was coerced from a prisoner of dubious reputation. In addition, key facts were not allowed to be brought into play, allowing the prosecution to paint a picture of this man and his actions that was far from true.


We know that instances such as these have taken place and continue to occur in our legal system. Poor people are often denied adequate resources with which to defend themselves, they're sometimes railroaded and forced to spend significant parts of their lives behind bars for crimes they did not commit. The lucky ones are ultimately proven not guilty and have their sentences commuted. How many other innocents are rotting away, forgotten by a system that refuses to give them their basic human rights?


Destin Daniel Cretton's Just Mercy, a searing look at McMillian's case and the efforts of attorney Bryan Stevenson to set him free, asks just that. Based on the lawyer's memoir, the film proves to be an effective and, at times, gut-wrenching procedural that serves as a sobering reminder of how our legal system is designed to favor the rich and educated, treating the underprivileged as just so much grist for the mill.


Taking place in Monroe County, Alabama in 1987, Michael B. Jordan is Stevenson, a young, idealistic Harvard graduate who, much to his mother's dismay, has decided to travel to Alabama to start the Equal Justice Initiative, an organization set up to provide legal representation for the underprivileged. While the counselor's intentions are noble, it takes a few run-ins with the bigoted police of Monroeville to drive home just what he's up against. While visiting a long list of potential clients, he meets McMillian (Jamie Foxx), a man of little hope who's guarded against the brand of salvation Stevenson is offering. Only after the lawyer meets with his friends and extended family does the convict allow him to speak on his behalf, the beginning of a long, frustrating process that features far too many unnecessary setbacks and hurdles to navigate.


Unfortunately, the movie continually skirts the line between impassioned and just going through the motions. However, performances from key members of the cast give the story much-needed fire. Foxx again proves his versatility as McMillian, a man beaten down by life who reluctantly begins to grasp at hope once more. Take note of the actor's haunted eyes – he conveys sincere pain and fear with a simple glance or expression, allowing the viewer access to his character's inner turmoil. As Ralph Myers, a fellow convict equally mistreated, Tim Blake Nelson takes what is initially a deplorable character and transforms him over a few short scenes into a man equally deserving of our pity. This pair of veteran actors reminds us that effective film acting is often the result of a variety of small looks, movements and vocal inflections that culminate in a performance of fierce conviction.


That Just Mercy sometimes feels like a rote exercise could perhaps be blamed on the fact that McMillian's case sounds tragically familiar. That this is the case is a blight on our legal system, one that that the film reminds is still in need of radical reform.