Pioneer life here was hard on women and animals 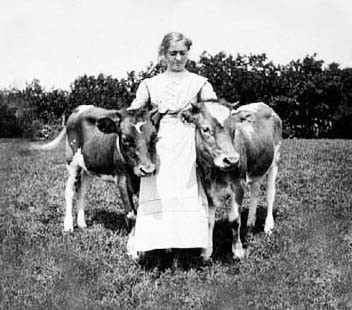 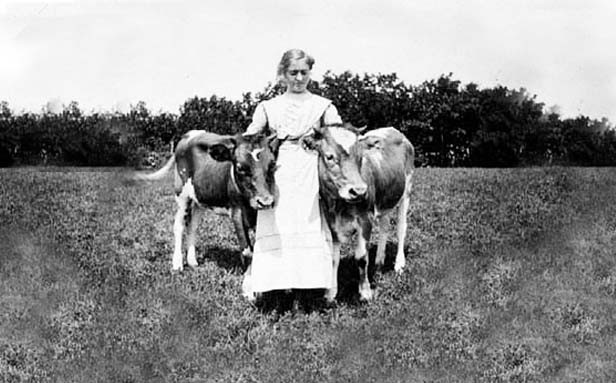 To celebrate its 50th anniversary, the Sangamon County Historical Society is having an author of books about early American history, including one about our area, come to Springfield and speak on April 26. Dr. John Mack Faragher, an American history professor at Yale University, wrote the award-winning Sugar Creek: Life on the Illinois Prairie (published in 1986 by Yale University Press). Sugar Creek is a tributary of the Sangamon River, but much of its waterway was submerged when it was dammed to create Lake Springfield.

Sugar Creek was also a former community, started by Robert Pulliam, the earliest white settler in Sangamon County. It grew on both sides of the tributary and its remains range from just south of Springfield to west of Glenarm. Faragher’s book chronicles the community’s development.

In the introduction to his book, which is considered a classic about pioneer life, Faragher says he wrote it to better understand 1800s Midwesterners, especially those in rural communities. He researched the book locally and talked to descendants of Sugar Creek pioneers. His book looks at why and where people chose to live in Sugar Creek, how they divided the duties of developing the land, raising a family and building a community, and how agriculture changed and shaped the community.

One of the topics that particularly interested me, as a woman, was the relationship between the sexes and their respective roles in settling the land and caring for family. While life on the prairie was tough for everybody, it was particularly tough for the animals and the women, who worked like animals.

Christiana Tillson and her husband moved to central Illinois from the east coast in 1822 and settled in Hillsboro; she wrote about her experiences and impressions of 19th century pioneers here. She said husbands often mistreated their wives. “If (the farmers) had slaves,” wrote Tillson, “the authority was exercised over them; if not, the wife was the willing slave.…” According to Faragher, even some men acknowledged that the frontier could be an enjoyable place for men, but for women “and oxen,” it was the opposite.

Men hunted for food, built cabins and farmed, while women helped farm, planted and harvested vegetables, picked, carded, and spun cotton, made the family’s clothes from cotton or wool they’d weaved, cooked, kept the house clean, took care of the children and animals, made candles, soap and butter, tapped maple trees for sap and made sugar, and birthed many children. (Central Illinoisans’ fertility elicited comment from Washington Irving, who wrote The Legend of Sleepy Hollow. He visited central Illinois in the 1830s and stayed in a house with 19 kids and 37 canines, according to Faragher. Afteward, Irving wrote that Illinois was “famous for children and dogs.”)

While pioneer men visited friends or took off on long hunts with them, the women didn’t have time to visit friends, who usually lived several miles away. One such pioneer wife recorded that she only left her neighborhood three times in four and a half years. Men were able to play because their wives were taking care of things at home. “The farming household exploited women as wives, and this constituted a central dynamic of the social system,” Faragher writes. 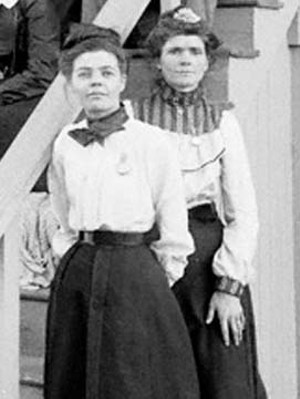 “The farming household exploited women.”
In contrast to their Kickapoo Indian counterparts, the pioneer women had it much worse. (Sugar Creek was a seasonal home to the Kickapoo before the whites moved there.) Faragher outlines how the Kickapoo women had more rights and less responsibility. The family goods and everything the men brought home from the hunt, outside of his hunting tools, belonged to the women. Unlike the white women, Kickapoo women controlled their reproduction through a variety of means and averaged only four children each. In addition, Kickapoo wives could, and often did, divorce husbands they felt were lazy or cruel. By comparison, they seemed downright liberated compared to their downtrodden white sisters, who aged prematurely as a result, according to contemporary accounts.

Faragher will speak about “Small Places, Wider Worlds: Sugar Creek and Settler Colonialism in North America” on April 26 at 7 p.m. at the University of Illinois Springfield’s Brookens Auditorium. His lecture is free and open the public.

The Sangamon County Historical Society is holding a reception with Faragher for SCHS members and their guests before his talk, from 5:30 to 6:30 p.m. in UIS’ Public Affairs Center restaurant. Tickets, which include hors d’oeuvres, are available for the reception for $18 before April 18 and $23 after that date. If you are not an SCHS member, you can attend the reception if you join the Society and buy a ticket. To order a ticket, send your check to: Sangamon County Historical Society, 123 South 7th St., Suite 402, Springfield, IL 62701.

John Mack Faragher’s Sugar Creek: Life on the Illinois Prairie got Springfieldian and self-trained historian David Brady, a retired blacksmith and laborer, interested in history. He wanted to learn more, so he read the books and publications Faragher researched to write Sugar Creek, and then read others. The result, he says, was learning that Faragher made errors and important omissions.

Brady has researched and written booklets about the history of Divernon (where he grew up), Sangamon County’s first white settler, and the financial panic of 1819. The last two are available through the Sangamon County Historical Society. An enthusiastic and avid researcher, Brady has traveled throughout Illinois and Kentucky to research these topics and others related to local and state history. What he’s found differs in some ways from Faragher’s and others’ accounts about early central Illinois history.

Faragher’s errors include stating that Edwardsville was once the state’s capital and placing an incident at our county’s Sugar Creek when it happened at another Sugar Creek in the state. But Brady thinks one of his biggest mistakes is one other historians have made. They say the first white settlers came here because of our fertile land, but Brady says it’s because the land was free.

“The people who came here lost all their money and homes in Kentucky and Tennessee,” he says. “They came up here to survive because they were running from debtors’ prison or pushed off their property for failure of payment because all the state banks had closed” as a result of the nation’s depressed economy. I tried to answer the question of why people came all the way from Edwardsville to here. In Illinois history one person settled next to another, but that trend stopped and (the county’s early settlers) came up here 70 miles to the middle of nowhere. Early historians say it was because of the area’s rich land. But the settlers aren’t going to say, ‘It’s because I lost my farm in Kentucky and I was going to be in prison because I owed debt.’ If you go to the Kentucky records you find these people running from the law.”

They came here, Brady theorizes, because the land wasn’t yet surveyed or sold by the federal government, so they could live here for free. Brady spent three days researching at Kentucky’s state archives and found that one early Sangamon County settler had already moved here, according to John Carroll Power’s History of the Early Settlers of Sangamon County, by the time an official served him papers related to debt at his Kentucky home.

Brady hopes to write a book about Illinois‘ frontier period, “correcting the things that are wrong in Sugar Creek and other books, and talking about the things that were glossed over.”  –Tara McAndrew