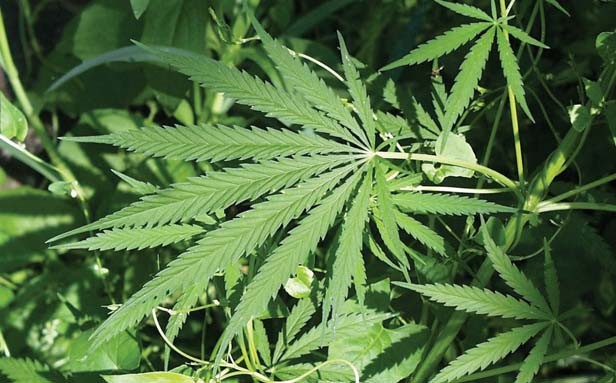 Two doctors stood on opposing sides as the Illinois Senate was preparing to vote on legalizing medical marijuana.

Dr. Dora Dixie, an addiction specialist from Chicago, argues that marijuana is highly addictive. Dr. David Walters, a Mt. Vernon physician who has been diagnosed with esophageal cancer and given 11 to 13 months to live, says most prescription drugs have more harmful side effects.

The Senate committee last week passed the House bill on medical marijuana with a 10 to 5 vote, sending the bill to the Senate floor for debate.

Opponents contend marijuana should not be considered medicine. Supporters counter marijuana is less harmful and addictive than prescription drugs such as Vicodin, OxyContin and morphine.

After undergoing numerous treatments over the last six months, Walters told the Senate committee that prescription drugs he formerly used were not as efficient as marijuana.

“Specifically since my diagnosis I’ve been prescribed narcotic medications including Bentinol morphine, Hydrocodone and OxyContin. It’s my opinion that each of these medications has greater abuse potential than marijuana,” he said.

During his testimony, Walters noted prescription drugs are more likely to impair one’s ability to operate machinery and prohibit patients from performing daily functions. In addition, they carry a high overdose rate.

“As previously mentioned, the individual patients who comprise the future club of medical marijuana users are in general a desperately ill crowd and, trust me, you don’t want to join this club. But I hope that you will have the compassion to make this intervention available to those who need it,” he said.

“Science should drive the practice of medicine, not legislatures,” she said.

Dixie said she has not been given enough medical evidence to make her support the use marijuana. She said most medicines go through three phases of testing, including testing for adverse reactions, testing for effectiveness and testing for interactions with other drugs.

Who is going to educate physicians on the drug and how will doctors be supervised?, she asked. She said in all of the testimony and arguments she has heard, none of these issues have been addressed.

Sen. William Haine, D-Alton, the chief Senate sponsor, said the legislation would impose the toughest regulations on the use of medicinal marijuana.

Haine said keeping marijuana away from young and healthy people is a priority.

“Many of these fears are based upon experiences of California and, secondarily, Colorado. We’ve made the bill completely different from those states and ours is very tightly controlled,” he said.

Haine said he will fight amendments to the bill because amendments could delay passage.

“We can speculate ourselves into all kinds of fears about abuse, but if that was the case, we wouldn’t allow OxyContin, Vicodin and all other prescription drugs. They’re abused more widely and more lethally than marijuana would ever be. No one has died of an overdose of marijuana that I know of ever. But they’ve died from OxyContin, Vicodin and all these other drugs that are legal.”