Phonics needs grammar on its team

Rachel Otwell's "Rethinking reading" (IT Feb. 25) raises the need for phonics instruction, the process of learning letter sounds. I agree. Phonics hasn't been stressed for many years. I encountered the lack of phonics instruction in 1970 as a student at the University of Illinois. One of my classes required tutoring a student in reading. My student did not know pronunciations so I introduced phonics. He improved. In my required paper for the class, I shared the success. The professor gave me a C, with the comment, "Well-written. But, we do not teach phonics." Stunned, I said, "If a child needs phonics, then I think phonics should be taught." He just peered at me and repeated, "We do not teach phonics." I continue to believe teaching phonics is important.

Phonics, alone, though, will not create better readers. This must be combined with writing and grammar, starting with the eight parts of speech which I learned in eighth grade at Grant Middle School. As a teacher, I stressed grammar instruction, combined with writing. Unfortunately, I have never felt the teaching of grammar has been presented correctly. My students were the ones who led me to develop a successful grammar unit.

That happened around my 20th year of teaching. While discussing a story with my junior advanced English class, a student interrupted and said, "Mrs. Klickna, we all have been talking, and we want you to teach us grammar." At no time in my career had students asked to study grammar. Shocked, I asked them to explain. They admitted they didn't understand grammar, or even remember the eight parts of speech and were just guessing where commas should be placed. They were concerned that they would be headed to college without needed skills.

I pondered for days. When I had studied the eight parts of speech in that eighth grade class, we had spent a week on each. I didn't have time in the curriculum to do that. What if there were a way to teach all at the same time? Watching my own children and their friends playing video games gave me the key. They somehow saw the entire screen yet knew what each character was doing. A game – that is what grammar really is.

I had a plan. I started by asking four students to play a game and asked them to be the catcher, goalie, lineman and pitcher and to stand where they would in a game. They looked at me and said, "But these aren't all players in the same game." "Yes, correct," I said, "In grammar we have players – the eight parts of speech. They play in a field that we call the sentence, and they have different positions and must follow certain rules. As soon as you learn the players – just like a coach learns your name when you join a team – you can then learn the positions and be the coach of your writing."

Students memorized the easiest lists – pronouns, conjunctions, prepositions and interjections. Four parts done. Then they memorized the 23 helping verbs, taking care of half of verbs. Then they learned nouns, verbs, adjectives and adverbs, ones that require more analysis. It became a process of elimination. When the star school quarterback said it was too hard, I challenged him. "Oh, but you can learn the different plays your coach gives you. I'm giving you the different plays in our game of grammar." Another student said he just couldn't memorize. I challenged him also, "You drive a car. Do you have to get out a manual each time you come to a stop sign to know what it looks like and that you need to brake?" Both students realized they had looked at grammar as a scary set of rules, not as a game.

I watched the lightbulbs come on for my students. Of course, English grammar has exceptions, which can be introduced in time. Again, sports helped. Most of my students had played soccer as youngsters and could envision those first games with every kid huddling around the ball, following one rule: kick the ball a certain direction. Later, they learned positions and rules.

Students learned that some words can be used as different parts of speech – like an athlete who can play several positions.

At the end of three weeks, students were writing better, were using various sentence constructions, had learned clauses and the proper placement of commas.

One day a school secretary shared that she was taking a class and struggled with grammar. I invited her to sit in on my class as that day I was introducing my unit giving an overview of players, positions and rules. At the end of class she said, "Today, I learned more about grammar just in this one hour than I have in my entire life. I finally see how it all fits together."

Reading well requires knowing phonics, grammar and writing skills. All are part of a good curriculum.

Cinda Klickna taught English in District 186 for 25 years and served in various leadership roles with the Illinois Education Association/NEA for 18 years. She has been a freelance writer since she wrote her first article for Illinois Times in the 1980s. 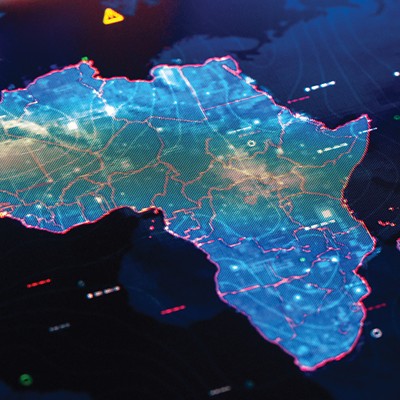