Best Place To Buy Accessories For Cannabis Use 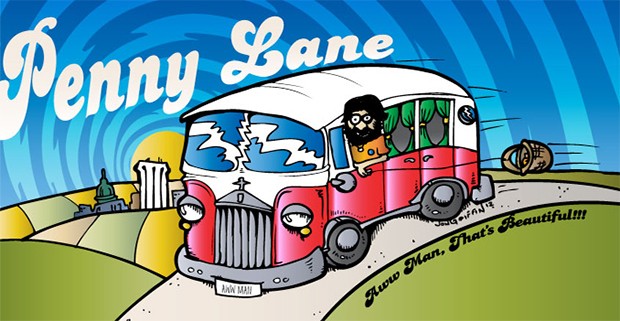 BEST PLACE TO BUY ACCESSORIES FOR CANNABIS USE
Penny Lane

A visit to Penny Lane is an unforgettable experience.  Packed to the gills with all sorts of lovely and strange items, it takes repeat visits to see it all.  From T-shirts, tie-dye and other clothing to figurines, hair dye and incense, and everything in between – more than you can possibly imagine – Penny Lane has catered to unusual tastes for more than 50 years.

After decades of selling smoking paraphernalia for tobacco use in the upstairs, over-18 only rooms, the last couple of years have brought an acknowledgement that medical cannabis users buy the stuff, too.  And on Jan. 1, 2020, recreational users can finally be up front about why they’re actually buying that bubbler, scale or rolling papers.  From chillums to party pipes and bubblers, Penny Lane has always had an extensive and wide variety of smoking paraphernalia, some of it truly crazily inspired works of art.

Penny Lane began in 1968, originally owned by Danny and Mary Francis Perganson.  Longtime owner Joe Utterback bought it with a business partner in 1971 and later became the sole owner.  Penny Lane continues to be a family affair, locally owned and operated in its MacArthur location since 1983.

The family gives back to the community each year with a tribute festival in Douglas Park, first in memory of Grateful Dead frontman Jerry Garcia, and then adding Utterback to the tribute list when he passed away in 2013 at the age of 66.  Over the years it has grown from a single store and spread its strangeness through the four other shops and two upstairs rooms of the strip center, now totaling more than 10,000 square feet.
Traveling along MacArthur Boulevard, it’s hard to miss, with vivid murals and other artwork covering the building.  As many longtime patrons will agree, “Awe man, that’s beautiful.”

Previous: Best New Business Not Downtown
Next: Best Place To Buy Cbd Products
Comments (1)
Add a comment
Subscribe to this thread:
By Email