Pay ’em what they’re worth 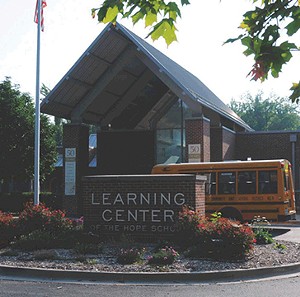 Springfield’s Hope Learning Academy
Most every job has certain rewards – ditch diggers, for example, develop tans and physiques for which the well-heeled pay plenty in the form of gym memberships and liposuction.

Still, there are some occupations that most of us cannot imagine doing for any amount of money. Who among us can run into burning buildings to save strangers, as we expect from firefighters, or get spit on and second-guessed like cops who are just doing their jobs?

Getting paid helps. If you’re clocking close to six figures with Cadillac health insurance and a cozy pension on the horizon, it might be worth putting up with whatever aggravations come with each workday. Count yourself lucky and think about digging ditches.

The New York Times recently published a story about an angel disguised as a woman who cares for a 77-year-old man with dementia, Parkinson’s disease and occasional insomnia – he defecates in diapers, screams and can’t recognize his own house. At $160 a day, plus room and board, she makes less than $60,000 a year for being chained to a 24/7 job that most folks would never do but who shout praises at whomever is willing and capable.

Folks who take care of the developmentally disabled get less, at least on an annual basis, and room and board aren’t included. I am fairly certain that I could not do it. I do not have sufficient patience to supervise kids who scream and kick and break things and hit their heads against walls. We all, I think, should be grateful for people who can both watch over such children and appreciate them -- everyone, no matter what, has a good side – because each one of those kids might be our own.

At Hope School in Springfield, workers who feed and clean and encourage and otherwise help children are paid abysmally. It is not the school’s fault. Charity and the private sector can only do so much, and so the government pays. And the worth of labor from folks who care for the vulnerable is the subject of a lawsuit against the state filed by Hope School, which says employees deserve more money.

Consider the job description for a habilitation specialist, which is geek-speak for someone who works in a Hope group home and does a little bit of everything. “The habilitation specialist is responsible for the supervision, program implementation and documentation for a variety of individual daily routines and personal daily living needs for their assigned children,” the school advertises on its website. “Actively participates with youth in all scheduled activities. Consistently assists youth in the area of self-help skills (eating, dressing, toileting, feeding, communication, etc.). Willingly accompanies youth on off-campus field trips. Engages youth in activities as defined/listed in the youth’s activity schedule.”

It is, essentially, the same job as within the school itself, where classroom paraprofessionals do all of the above, plus help educate kids, says Stephanie Barton, Hope general counsel. But the state has decreed that paraprofessionals at the school shouldn’t get a 75-cent raise that’s been granted to habilitation specialists who work in group homes. About 90 workers each would get raises as large as $2,000 if the school wins, according to Barton – all told, it would cost the state about $140,000.

The difference has prompted school employees to request transfers to group homes, and Barton doesn’t blame them. “That’s really hurt our school,” Barton said. “We’ve always said they should get the same rate of pay. We also think that’s what the legislation says.”

Starting pay for both jobs is $10.83 an hour, which will increase to $11.73 next summer, when the state minimum wage is scheduled to rise to $10 an hour. On the other hand, the unemployed might prefer working as a rental car sales representative for Hertz, which recently advertised a counter job in Springfield that pays $11.50 an hour. The highest-paid Hope habilitation specialist makes $24 an hour, Barton says, after 42 years on the job.

There is precedent for Illinois skimping on care for folks who can’t care for themselves. After kids died and the inspector general documented excessive caseloads and understaffing, the state this year granted a $128 million budget increase to the Department of Children and Family Services, the largest hike in two decades. Prison inmates, also, have suffered. Between 2010 and 2015, Illinois ranked 43rd in per-inmate spending on health care (Mississippi, Texas and Arkansas all spent more than we did) and second-to-last in doctors, nurses and other health care workers per 1,000 inmates. That explains why court-ordered monitors have found preventable deaths in our prisons and why the state has promised to do better in settlements with inmates who’ve sued.

There is, Barton acknowledges, a chance that folks who work at other schools might demand raises if Hope prevails. And so what?

“Balancing the budget means lowering the cost of government while delivering the high-quality services Illinoisans deserve,” Gov. J. B. Pritzker declared when he was sworn in eight months ago. “Responsible fiscal management is a marriage of numbers and values.”