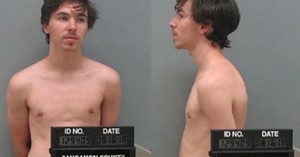 Zane Merreighn, 22, was arrested Oct. 26 and charged with three counts of aggravated sexual abuse.
Weeks after a detective's son was arrested on charges of sexually abusing their 14-year-old daughter, her parents say the Springfield Police Department made it difficult to learn details of what happened or to file complaints against officers perceived to have acted wrongly.

On Oct. 26, Illinois State Police arrested Zane Merreighn, the 22-year-old son of Detective Jennifer Oglesby Mack, on three counts of aggravated sexual abuse. He remains in custody at the Sangamon County Jail with his bond set at $250,000. Oglesby Mack is a sex crimes investigator for the Springfield Police Department.

The parents of the girl contend Merreighn has received preferential treatment from law enforcement because he is related to a police officer.

"He bragged that he could get away with things because his mom was a detective," the 14-year-old girl told Illinois Times in October. Oglesby Mack did not respond to emails from Illinois Times. The newspaper is not identifying the family in order to protect the privacy of the underage female.

The girl said she met Merreighn in a Riverton park, that he claimed to be 17 and that they stayed in touch through social media.

In his petition for an order of protection, the father wrote: "The police were called and tracked her phone to his apartment where he refused to answer the door. The police who responded determined that he is the son of Detective Jennifer Oglesby. Rather than removing my daughter, the responding officers notified his mother, the detective."

In order to learn more about what happened that night, the father filed a Freedom of Information Act request for the video from the responding officer's body camera. The city denied the request.

The girl said she and Merreighn were in the bedroom when they heard a knock at the front door, which they ignored. Then Merreighn's phone rang, she said.

"It was his mother, and she was yelling so loud (on the phone) that I could hear her. She yelled, 'You get that little girl home'."

She said they waited until the police officer was gone and then Merreighn drove her to her parents' house.

After later finding photos on his daughter's cellphone of her being fondled, the father contacted the Springfield Police and Deputy Police Chief Joshua Stuenkel called them. Both parents listened on speakerphone, they said.

"He didn't say we shouldn't press charges – in so many words. But he did say he'd known (Detective Jennifer Oglesby Mack) for years and that she was a really good person, and at the time she had been off-duty and acted like any mother would have," the girl's stepmother said. "Then he said, 'You got your daughter back – isn't that what you wanted?'"

"We felt like he had already made his mind up and we had no desire to discuss this in front of him. So, we left," the father said. They then contacted Illinois Times about the internal affairs complaint and not receiving the body camera video. The newspaper contacted the office of Mayor Jim Langfelder for comment. Shortly after that the parents were notified they could file an internal affairs complaint without Stuenkel present and view the body camera video during that meeting.

"I don't know what happened, but all of a sudden they changed their minds," the father said.

"We've been transparent since day one about this. So again, when they show up, they'll get an opportunity to review the video," Police Chief Kenny Winslow said Monday, Dec. 20. The parents filed complaints against Oglesby Mack Tuesday and viewed the video.

Winslow added that at the time of the call, the responding officer only knew that a child was missing, but not that she was in any danger.

The father said of the video, "It really didn't show us anything we didn't already know. But the officer only spent six minutes at the apartment. He knocked twice on the door, looked in a window and then went around back and knocked on a window and then left."

The fact that Merreighn's car was parked in front of the door and the girl's phone was in the apartment should have been sufficient evidence that she was in danger," he added. "What did they think was happening between a 14-year-old girl and a 22-year-old man locked in an apartment at 12:30 in the morning? She was in danger and the police officer just left. I think he should have sought a search warrant or waited – something other than just leave. One thing I know for sure is that they shouldn't have contacted the (alleged) perpetrator's mother and have him drive our daughter home."

Merreighn placed in segregation after threats
A Springfield police detective’s son awaiting trial on charges of sexually abusing a 14-year-old girl has been placed in segregation after a conflict with two female jail workers. According to jail records obtained by Illinois Times, after Zane Merreighn, 22, returned from being interviewed by an investigator Dec. 1, he was granted a two-minute phone call. After five or six minutes he was told by a jail worker that his time was up. He responded by calling her a “stupid cunt,” the report said. Another corrections officer wrote that when she took him to his cell he yelled that she was “fake police” and that it was lucky that he was locking down because otherwise he would “beat my ass and spit in my face.” Several inmates made threats against Merreighn when he made these statements, the report said. Upon being locked in his cell, the corrections officer wrote that Merreighn leaned down and spoke through the rectangular hole in the cell door and said it was lucky he was locked up because if he wasn’t he would be “fucking my 10-year-old daughter.” After making these statements, the report says that Merreighn was moved to segregation because of his actions and for his personal protection. The entire cell block was ready to fight him, the report states. After Merreighn was escorted away, the report says a bag of “hooch,” an illicit homemade liquor, was found in his cell. 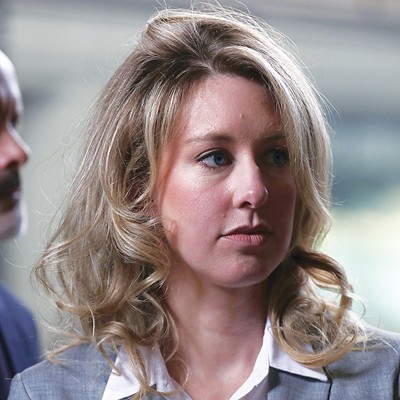