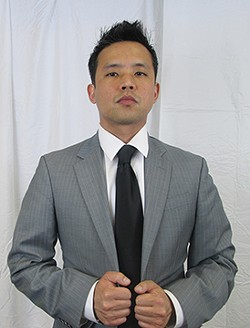 Offwhyte, born as Ryan Fernandez on Aug. 22, 1977, in Pell City, Alabama, now resides in Springfield as his music is heard around the world. He defines himself an “American rapper, vocalist, dancer, producer and videographer, known for a sound that is at once complex, intellectual, wholesome and true to the soul.” There’s plenty to discover in the world of Offwhyte, including several projects under the hip-hop label Galapagos4 of which he is a founding member, a position that allowed Ryan to perform in Europe, Japan and the U.S. His latest release (April 2018), titled Both Sides of the Mississippi, is distributed by The Orchard Enterprises and is available online as well as physically on CD and vinyl LP. In his local history, before moving on to live and work in Chicago and Los Angeles for the last 20 years, Ryan grew up in town, graduating from Rochester High School and performing at Skank Skates in the 90s. Welcome back, Offwhyte, and congratulations on the album release party.

Tom Irwin, a sixth-generation Sangamon County resident, has played his songs and music for nearly 40 years in the central Illinois area with occasional forays across the country. He's contributed to Illinois Times since 2000 by writing Now Playing, a weekly music column, as well as features stories and other articles...