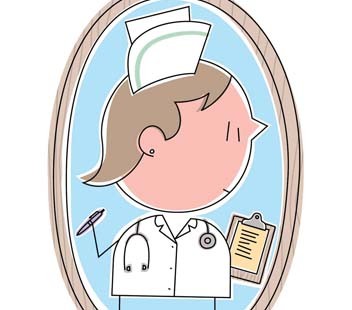 Illinois faces two challenges in providing decent medical care for the many among us who stubbornly refuse to follow the example of our social betters by getting rich. One, endlessly “debated,” is the cost. In February, the Illinois Senate took a step toward dealing with that by handily approving the expansion of Medicaid called for by the Affordable Care Act. If approved by the House, the expanded program will be available to the estimated 342,000 Illinoisans who now lack health insurance.

But while the feds will do the paying – every penny needed to cover newly eligible patients for the first three years and 90 percent thereafter – who will do the treating? A lot of doctors, many of whom start practice in debt, sensibly refuse to accept Medicaid patients because the state is so stingy about reimbursing them. (This is especially the case among specialists who chose big-money fields.) MDs are especially scarce in those settings such as family practice or public health clinics in which so-called primary care is delivered. Primary care providers earn even less in the countryside than they do in cities – a particular problem in states that, like Illinois, have large populations of rural old and poor.

Obamacare aims to fix the doc shortage by putting new money into the training of primary care physicians. (The State of Illinois has for years offered a similar deal to young medicos who agree to practice out where every prospect pleases and only giant ragweed is vile.) Such programs add MDs to the rolls by the hundreds, but the shortfall is estimated to be in the tens of thousands.

A quicker remedy for the physician shortage is to make fewer physicians necessary. The supply of MDs is controlled by what amounts to a cartel that relies on government occupational license requirements to limit the supply of practitioners. Like all cartels, this keeps prices high by keeping supply low. It is not a coincidence that the U.S. has the highest-paid general practitioners in the world – and fewer doctors per 100,000 than the rest of the so-called advanced nations.

That is a problem for the rest of us only if MDs are the only medical professionals allowed to provide primary care. The American Academy of Family Physicians insists, “Everyone deserves to be under the care of a doctor.” No – everyone deserves to get high-quality and appropriate medical care, and physicians are not necessarily essential to provide it. Most of the time, people who go to the doctor don’t really need to see the doctor. They go for treatment of minor ailments, to be reassured, to be paid attention to, to get out of the house. Much of an MD’s training and the taxpayers’ money is wasted when such visits are made by Medicaid patients.

Nurse practitioners not only are able to handle such routine care, they often do it better than doctors do. Lots of studies have found that clinical outcomes among patients treated by one or the other are similar, but clinical outcomes are not the only measure of the quality of care. Patients seeing nurse practitioners also generally have higher levels of satisfaction with their care, mainly because NPs are more attentive to follow-up, spend more time in consultations and provide services such as counseling that many MDs ignore. In general this is attributed to the culture of nursing, from which NPs emerge, compared to that of MDs. Cramming those differences into a very small nutshell, we can say that nurses are patient-centered, MDs are disease-centered.

Expand the use of NPs and you reduce, maybe eliminate, the primary care shortage in a stroke. Not only are NPs appropriately trained for primary care, their numbers are growing much faster than those of doctors. And they charge less than an MD providing the same care.

Eighteen states allow NPs to examine and treat patients in a primary care setting as doctors do. Most of them are rural states, including Iowa. Illinois one of 25 states that allows NPs to prescribe, diagnose and treat in such situations only with the authority and under the supervision of what is known as a collaborating MD.

Physicians – or rather physicians organizations like the American Medical Association, which do not represent the views of all MDs – can be counted on to continue to resist the sensible expansion of NPs’ scope of practice in Illinois. They warn of the risks to patient health, although one cannot help to ask whether what troubles them is the risk to their own incomes and prestige. Unfortunately, the General Assembly is usually more willing to provide for the needs of a healthy lobby than to those of a sick poor person.