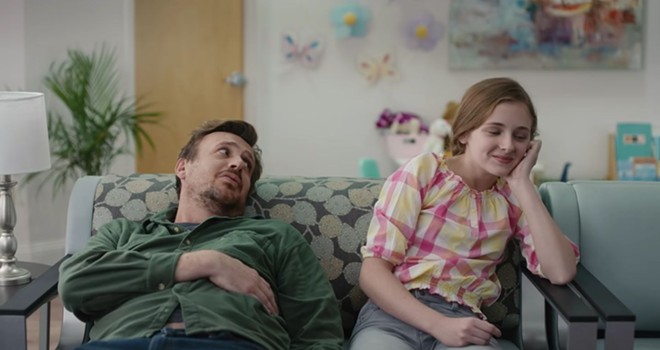 Our Friend available on Video on Demand

Gabriela Cowperthwaite pulls off an impressive trick with Our Friend, a fact-based drama about a young mother (Dakota Johnson) stricken with cancer, her in-over-his-head husband (Casey Affleck) and their best friend (Jason Segel) who helps them in their darkest hour. In the wrong hands, this could have been a run-of-the-mill weeper, but the director employs a deft touch, concentrating on moving the viewer rather than manipulating. Never maudlin, this sincere film winds up being a testament to the power of friendship, one that ultimately proves uplifting despite its tragic subject matter. Video on Demand

With so many stories and characters at their disposal, it makes sense that Marvel Films would expand beyond the silver screen. Wandavision is the first foray toward connecting its TV projects with its feature films, and based on the first three episodes, it's a project for hardcore fans only. Focusing on the Scarlet Witch (Elizabeth Olson) and her android husband the Vision (Paul Bettany), on the surface it's a parody of classic half-hour sitcoms, the duo stuck in an ever-shifting television world. How and why this is happening is anyone's guess. Comic book geek that I am, I've picked up on some clues as to where this is all headed. Those who did not spend their childhood years consuming one four-color adventure after another are likely to be lost. Disney+ 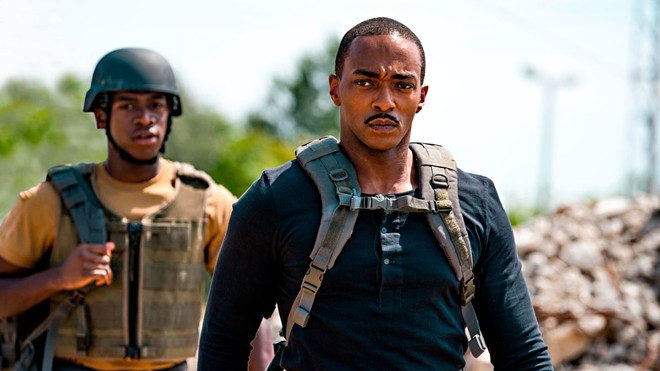 Outside the Wire is available on Netflix

If you're looking for a new drinking game, Netflix's Outside the Wire is the perfect candidate for such an endeavor. Set in the near future, Harp (Damson Idris) is a rule-bucking officer who's shipped to an Eastern European outpost. He's assigned to Leo (Anthony Mackie), a cyborg intent on bringing down a Russian oligarch who has some nuclear weapons he's eager to employ. I'd be hard-pressed to think of a movie consisting of so many plot points ripped off from other, better films. Take a drink every time you spot something you've seen in another movie; force your friend to take another shot if you can name the film it came from. You'll both be blotto a half hour in. Netflix

I'm worried about Hilary Swank. Either she needs a new agent or her sense of good judgement where scripts are concerned has left her. Having starred in the exploitive misfire The Hunt in 2020, she starts off 2021 with Fatale, a poorly written film noir that finds Michael Ealy as a fella with the worst luck. He takes a trip to Vegas where he cheats on his wife and upon his return to Los Angeles, an attempt is made on his life. Guess who happens to be the investigating officer? You got it, the woman he cheated with, police detective Quinlin (Swank). Who says it isn't a small world? The plot twists are desperate and silly, rather than logical and smart, while violence is repeatedly used to cover just how many holes are in the plot. Look closely and you'll be able to see regret writ large on Swank's face during the film's few quiet moments. Video on Demand

Buck Run is a snoozer

If you've got insomnia, I have the cure. It's called Buck Run, an overly earnest indie drama that features James Le Gros as a directionless man who suddenly finds himself caring for his troubled teenage son (Nolan Lyons). Filled with far too many shots of its characters deep in thought and common actions committed in a deliberately dramatic fashion, the result is an intolerably dull movie that becomes laughable as it struggles to be taken seriously. Video on Demand