Seeing the universe in the sand burr 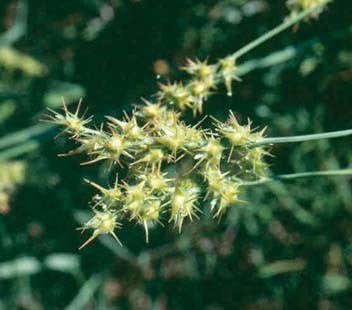 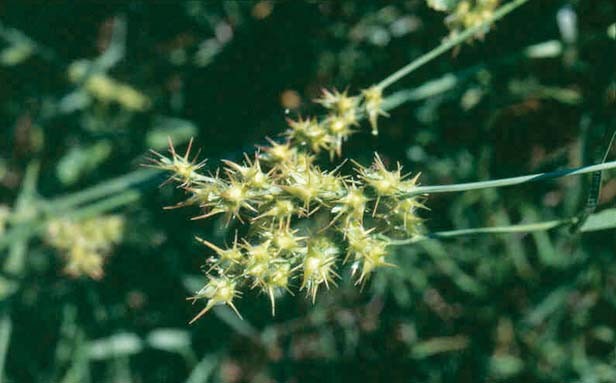 I will not be able to take Western religions seriously until they explain the sand burr. The plant’s very existence suggests that the universe is a creation of malevolent design. Even devout Christians come close to agreeing with me. While enjoying a balmy day, one believer writes, “And I thought, Father, this is so amazing, how can whatever comes next be better? And in a still small voice, God the Father, Creator of the Universe, whispered, ‘No stickers.’”

The sand burr is one of several species that encases its seeds within spiny burs. The seed case of the cockleburr is surrounded by hundreds of tiny Velcro-like hooks – indeed, its modern nickname is “Velcro weed.” (Our frontier ancestors no doubt had more colorful names for it.) Such spines attach themselves to the fur of any passing animal that brushes against them. The seeds thus hitchhike to faraway spots – very faraway spots, as such seeds have crossed continents, even oceans.

The sand burr seems designed less to exploit passersby in this way than to punish them. The working end of a sand burr is not hooked but hard and sharp. Seen close up, it looks like a ninja throwing weapon. The spines are capable of piercing canvas; picking them off one’s clothes is like being pricked for a dozen blood tests at once. To safely grasp sand burrs you need the kind of leather gloves worn by rose gardeners or hockey goalies, although the prudent man will use pliers.

Seeds can lie dormant in even inhospitable soil until the conditions are right for them to sprout, at which point they can quickly take over a yard or a whole farm field. That explains why most Google inquiries about the plant ask how to kill it. One committed foe urged fellow sufferers to place the pulled plants on a driveway where they will be run over repeatedly by the pickup while the corpses bake in the sun. Unfortunately, he did not explain how one might get the plants onto the driveway without actually touching them.

To rid a field of the burrs themselves, some people drag a piece of old carpet (or burlap) over it, snagging burrs as they go. I suggest having 11-year-old boys walk through the field wearing gym shoes. That’s what happened when an indulgent parent agreed to take me and several of my pals on an overnight campout in a farm field south of Beardstown. The soils thereabouts are mostly sand, thanks to the mighty gush of water that carved the nearby Illinois River valley and slung township-sized patches of sand onto the adjacent land. Water that falls on such soil goes through it like money through a teenager. It is droughty in all seasons – perfect conditions for stickers.

We boys looked forward to the grand adventure of eating supper right out of the can, sleeping under the stars, peeing into a hole in the ground. It was perfect – except for the stickers. As we prepared camp, our shoes and jeans cuffs swept up all the burrs between the tent and the latrine and for yards around our fire.

Safely back in my cot, it occurred to me that I would have to walk in the dark through that minefield again to take a leak. (I would learn many years later that pet dogs in families whose yards are infested with sand burrs won’t go onto the lawn to relieve themselves; the news prompted me to elevate dogs in my ranking of mammalian intelligence, to a spot just above Fox TV commentators.) I found myself wishing – and the fact that this is the first time I had need to wish this suggests how limited my experience of life had been – that I had packed a pair of stilts. On stilts I could move about freely and without fear among the sand burrs. But not even the Boy Scouts among us had thought to pack stilts.

I wish I could report that I cleverly removed my tennis shoes and socks, put the shoes back on and pulled the socks on over them. That way I could have moved about at will, and returning to the cot simply peeled off the socks and tossed them into the fire. But I didn’t, so I can’t. Instead, I hopscotched from one open patch of sand to another to and from the latrine. If I’d taken the same number of steps in a straight line I would have ended up halfway to Pleasant Plains.

I can’t say that the sand burrs ruined our outing – the mosquitoes did that. They did improve my understanding however. I learned that the larger world was indifferent to my comfort and my convenience, and that the leafy yard that surrounded our new subdivision house was not nature but a refuge from it. And I learned to never go camping again.