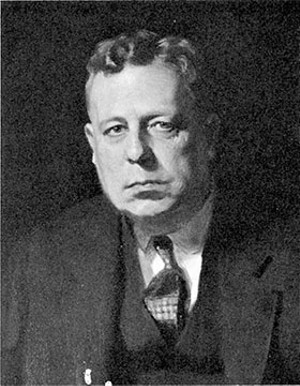 Photo COURTESY of SANGAMON VALLEY COLLECTION, LINCOLN LIBRARY
Logan Hay Photo COURTESY Sangamon Valley Collection
The Illinois Bicentennial looms. In the Illinois that exists, the Rauner administration looks forward to beer parties and pantomime shows. In the Illinois of my daydreams, historians scribble away at biographies of the state’s best (not necessarily most famous) citizens. People like Springfieldian Logan Hay, for example. By the end of his life in 1942, Hay had become (in the estimation of Paul Angle) “perhaps the best known private citizen of his city.” That achievement meant more than it does today, when the best known private citizen of any city is the local TV weatherperson.

Hay was an accomplished attorney, a social reformer and a good-government politician. He allied himself with Gov. Charles Deneen. (I know you haven’t heard of him; trust me, if Deneen was in office today you’d think you’d died and gone to Minnesota.) Hay also was among the Springfield worthies who tried to rescue the city from riot and corruption in the years after 1908.

About Hay’s personal side, I know only that after a boyhood in Springfield he was educated at Lawrenceville, Yale and Harvard Law, that he was absent-minded and addicted to the pipe (tobacco) and wrote as if each sentence would have to stand up in court. His public side is more amply documented. In addition to politics, Hay worked to reform the management and financing of local charities and he advised state government on social welfare and unemployment relief.

Such was the regard in which Springfield held the man that it forgave him his only known vice, a social conscience. Hay headed the local committee that undertook to collect (with the Russell Sage Foundation) the information about how life was actually lived by the city’s less fortunate with an eye toward improving housing, law enforcement, public health, child care, working conditions, charities and education, information published in 1914 as the Springfield Survey.

That Springfield was not thus improved was less remarkable than the fact that Hay & Co. even tried. Hay’s Springfield fairly bubbled with hope that the old town might be redeemed. Hay thought the remedy was tinkering with social machinery. Willis Spaulding touted radical tax schemes. Duncan McDonald was sure that socialism was the answer. Vachel Lindsay believed that utopian mysticism would do the trick.

About Lindsay: On the face of things, it would seem hard to imagine two men less alike than the poet and the attorney, but each saw his ideal Springfield ruled by elites, however different their conceptions of elitism. Each seems to have earned the respect of the other; Lindsay admired Hay as “an entirely responsible citizen” and when Lindsay died, Hay was among those who raised a fund for his impoverished widow.

Hay’s mind reportedly bent toward the law, but he was probably doomed to that career in any event. His father, Milton Hay, had studied law in the Lincoln-Herndon law firm. One of his grandfathers was Stephen T. Logan, Abraham Lincoln’s second law partner. And his cousin, John Hay, was Lincoln’s personal secretary and biographer.

Under Hay’s leadership, the old Lincoln Centennial Association, which was remembered mostly for banning African-Americans from the banquet celebrating the centenary of the emancipator’s birth, was transformed into a shop of Lincoln scholars.  The renamed Abraham Lincoln Association published Benjamin Thomas’ Lincoln’s New Salem and Paul Angle’s “Here I Have Lived”:  A History of Lincoln’s Springfield, 1821-1865, founded a scholarly journal that was devoted to Lincoln studies and began work toward the first collected works of Lincoln. At Hay’s death A. L. Bowen wrote, “It is not too much to say that Mr. Hay, with the support of his association, made the world Lincoln conscious.” I think it is too much to say, but Hay did turn the ALA into a national organization whose work had national impact, which it remains.

Intellectual rigor, respect for the facts of the case and clarity of expression are virtues in a historian as well as an attorney. In the process of mentoring Lincoln scholars – most of whom were new to this particular field – Hay became one himself. George W. Bunn, Jr. was Hay’s able successor at the ALA. Talking with Sally Schanbacher in 1972, Bunn recalled the old saying that the ideal university would consist of a young student sitting on one end of a log facing the famed educator Mark Hopkins. “In their places, in my imagination, I would put Mr. Hay on one end of the log and Paul Angle on the other, each one making a Lincoln authority out of the other.” It is a graceful compliment to a man who is peculiarly without honors in his home town. The Hay Homes, the pioneering public housing project, was named for John Hay, Logan Hay’s cousin, for reasons that elude me; Hay School was not named for him but for John Hay’s brother.

The best memorial would be to continue the work that Hay started, but the only lives that today’s city of Springfield can afford to improve are those of retired cops and firefighters. Instead, perhaps carve his name in the granite façade of the top floor of the public library, facing Lincoln’s house. His should be the first of a parade of notable Springfieldians whose carved names would eventually ring the building, the way that Illinois notables are honored on the friezes of the Centennial and state library buildings. Only eight letters long, too – even Springfield can afford that. 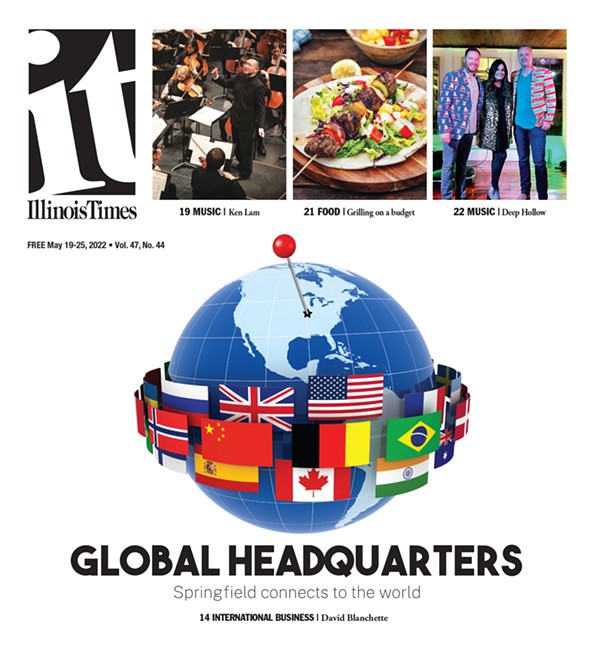