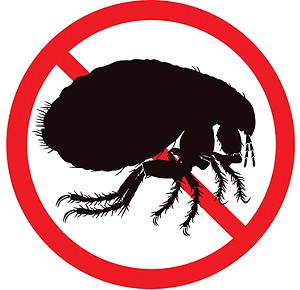 Every dog has its day, or at least its 15 minutes of fame, and so it was with Winston, the North Carolina pug that tested positive for coronavirus last spring.

Winston's fame spread worldwide, the planet's first dog to come down with COVID-19, but it turns out the swab lied. Just because there's coronavirus in pug spit doesn't mean that the virus is replicating, and so Winston, whose failure to finish breakfast one day was deemed a symptom, got DQ'd. The distinction of being the first dog diagnosed with coronavirus now goes to Buddy, a German shepherd who, sadly, passed away in July, with signs of cancer detected along with virus first found more than a month earlier.

"There was, at a minimum, a transient colonization event that we just happened to capture," Dr. Chris Woods, whose research team collected Winston's specimen and made the discovery that wasn't, explained to the New York Times.

There's a colonization event going on at my house now, and it's not as transient as I'd like. Silent and nearly impossible to see, fleas have much in common with coronavirus. They can, in fact, be deadlier, although we've learned much since the 14th century. Bubonic plague isn't nearly the problem it once was – we're down to fewer than 10 cases each year in the United States – but even with antibiotics, the mortality rate is around 10 percent. You can never be too careful, and so Champ The Wonder Pug has always gotten monthly flea drops on his neck as reliably as the General Assembly fails to pass balanced budgets.

The president is oft criticized for his handling of the pandemic, but I have a bit more understanding now. Denial is the first instinct: Just a scratch or two, it's nothing – probably just a clump of ear wax, like Scrooge blaming a bit of underdone potato for apparitions. After an ear cleaning comes disbelief. This can't be: I did everything right, and I still have a year's supply of flea drops. Then it's the maybe-it-will-go-away-on-its-own phase, which lasts as long as it takes for the first flea to find human flesh. After that, it's total war.

I vaccinate Champ at home – it's cheaper than the vet and easy, except for the stuff that goes up his nose. Syringes can't be trickier than bugs, I reasoned. Before getting a prescription for the latest tablet that costs $60 and carries, according to the European Union, miniscule risk of serious side effects – which makes one wonder why a prescription is required, especially since pugs, while precious, are not people – I'd try fixing this myself.

The internet is filled with ads for potions, pills and various other flea-nixers. There are collars ranging from $5 to $50, all guaranteeing the same result. The naturopath crowd can choose from an array of sprays and ointments made from plants, including sundry aromatics that smell considerably better than vinegar, a homespun remedy that either works great or is totally useless, depending on the website. For those who don't fancy pickled pugs, a coconut-oil rubdown is said to work wonders.

I believe in science and so settled on what sounded like the deadliest available over-the-counter chemical, which came in pill form and a promise to start working within 30 minutes. "We literally sat him in the kitchen and watched the fleas fall off," a happy customer gushed in an online review. Fleas being fleas, I drove to a store rather than wait for Amazon.

The instructions had much in common with warnings that accompany people drugs, which is to say, the manufacturer covered all bases. Possible side effects included both hyperactivity and lethargy, as well as nervousness, depression and something called vocalization. Could flea medicine make a pug talk? Who knows, given the disclaimer that, whatever happened after ingestion, something other than the pill might be the cause.

It sounded safer than many drugs I've taken, and so Champ got a full dose hidden in a chunk of fresh pineapple, his favorite food. And, by gosh, this stuff worked. The label warned that the patient might itch a bit as parasites perished, and that's exactly what happened. After a half-hour of serious scratching, bliss arrived, and my hound was soon snoring, his first decent sleep in two days.

Unfortunately, the miracle pill had a short half-life, and another was needed the next day. And the next. And the next. On the plus side, the directions and internet say that a dose a day is no big deal, healthwise. On the other hand, the $60 pill, not including the vet visit, is supposed to last three months.

I made an appointment.