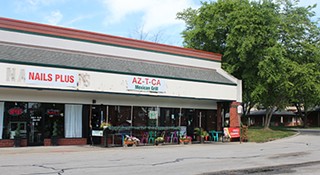 Attorney General Kwame Raoul charged owner Nicolas Paz and his wife, Amanda Paz, with theft of government funds over $100,000, a Class X felony, and sales tax evasion, a Class 1 felony. If found guilty, the defendants could face anywhere from six to 30 years in prison.

According to Raoul, both defendants participated in a scheme of underreporting more than $1 million in sales to their accountant and, ultimately, the state from January 2015 to October 2019 despite collecting sales tax on all sales. The defendants then allegedly kept the unreported sales tax money.

“Business operators who commit sales tax fraud take advantage of customers who have paid to help them meet their tax obligations and also deprive important programs and services of needed revenue,” Raoul said. “I appreciate the continued partnership of the Illinois Department of Revenue as we seek to hold these individuals accountable.”

Nicolas Paz reasserted his innocence to Illinois Times, stating the accusations against him were a devastating shock to his family. He claims that the investigation’s findings were honest mistakes– not a concocted scheme as he is being accused.

“People that know me in this community and care about me and my family know that I work. I’m not good with numbers, I’m not a tax person, I didn’t go to school to know accounting. I have an accountant who should be doing their thing. What I do is work. It’s hard for me to say I’m fully innocent of something that I assign, I have to acknowledge that, but to sit here and say I’m purposefully stealing money from a scheme that has been going on from 2015 to 2019 is just irresponsible,” said Paz. “They don’t know me, they don’t know my character, they don’t know what I do. To say I have enough time in my life to go and sit down and come up with a scheme to steal money from the state, to me, is a shock.”

The investigation was conducted by the Illinois Department of Revenue’s Criminal Investigation Division through an initiative targeting sales tax evasion and theft of government funds. Paz said that he willingly turned over all the records the CID asked for in 2019 because he assumed everything was correct.

“We gave them our records, and I thought those records were perfectly fine. I didn’t hide it, right? Why would I show them anything? I gave all of my paperwork to them willingly, thinking they were fine, and they found some things that were not, and now they get to say anything they want. For me, I have to go through the process,” said Paz.

The couple’s next court date is set for Aug. 22. In the meantime, AZ-T-CA will continue normal business operations unless ordered otherwise.

Annie Fulgenzi is an intern getting her first taste of writing for the media this summer. She’s a senior at SIUE studying journalism, law, psychology and political science.
More

Big brother is watching, even in Springfield