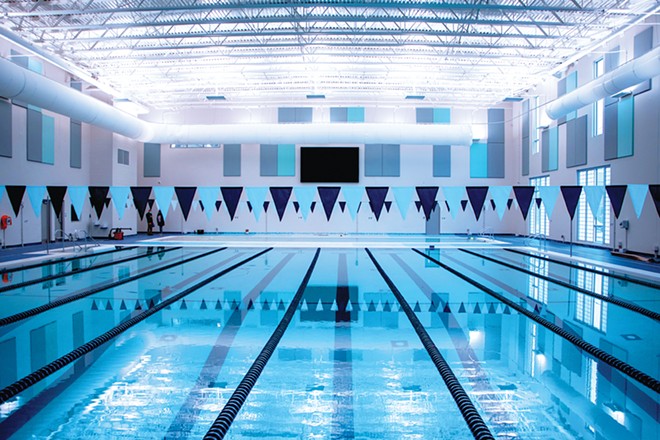 The new downtown YMCA opens Nov. 30 in the heart of the medical district. It will be an inviting place to work out, whether you exercise individually, participate in fitness classes or enjoy group sports. The new Y is not only a state-of-the-art fitness center, but a community asset serving youth, adults and community organizations. Its location on the corner of Fourth and Carpenter streets provides a valuable resource for the Enos Park neighborhood. The facility is a stark contrast from the current building, which will close Nov. 25 after serving as a downtown fixture since 1962. Remaining the same is the YMCA's commitment to providing programs that build a healthy spirit, mind and body for all.

The new facility is bright, airy and welcoming, which is immediately evident upon entering from the north-side parking lot into a spacious lobby with a large, open membership desk. Everything in the building is new, including all of the equipment and furnishings. The only things moved from the downtown Y are remnants of the basketball floor which are being incorporated into the donor wall in the lobby. Sections of the basketball court will pay tribute to Andre Iguodala, an NBA all-star and Lanphier High School graduate who played basketball at the downtown Y, and President Barack Obama, who played on the court when he was an Illinois state senator. 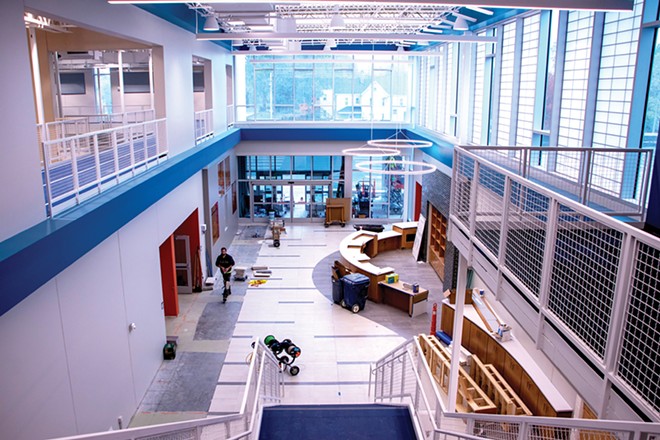 Photo by Zach Adams
The spacious lobby, entered from the north parking lot, is designed as a welcoming area for families and groups to gather.

Youth will have a dedicated area, with a half-court basketball court, a room to socialize and a space for after-school tutoring. The Aquatics Center has an eight-lane pool and separate recreational pool. This will be the home pool for the Y's Special Olympics team. The large gym is striped for basketball, pickleball, badminton and volleyball. A track on the second floor overlooks the basketball courts instead of being relegated to the basement, with 12 laps to a mile instead of 21. There is a striking view of the State Capitol from the Wellness Center, which features a large room with cardio equipment, adjacent area with free weights and a dedicated cycling room. There are two group exercise studios and a high-performance fitness area. The gymnastics center is double in size and will have a foam pit. There are two racquetball courts. Both men's and women's locker rooms have steam and sauna. Young children have a place to play while their parents work out, and the child watch area also has an outdoor play space. A community room is available free of charge to community groups. 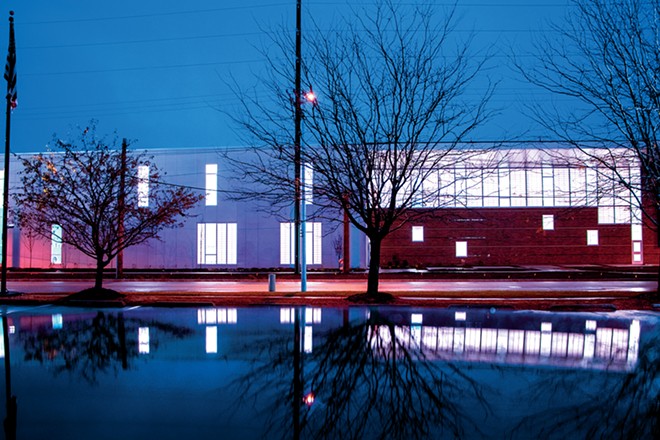 Photo by Zach Adams
At night and early morning, the building is a beacon to Carpenter Street traffic, inviting newcomers in.

The new $33 million facility is purposefully located in the medical district, surrounded by entities focused on health and providing ready access for the high concentration of people who work nearby. It is also a community anchor for the Enos Park neighborhood, one of Springfield's most ethnically and socioeconomically diverse neighborhoods. The Springfield Art Association and McClernand Elementary School are integral to the neighborhood, providing opportunities for collaboration.

The YMCA is committed to having a positive influence in youth development, promoting lifelong healthy habits, ensuring equitable access to all and serving as a community center. Memorial Health System (MHS) has had a long relationship with the Y and is a lead partner. "Memorial Health System's mission to improve the health of the people and communities we serve is in total alignment with the mission of the Y," says Kevin England, MHS senior vice president and chief administrative officer.

MHS participated in the development of the Kerasotes Y which opened on West Iles in 2011. England served on the YMCA board of directors for many years and is currently a trustee. He says the Kerasotes Y allowed the organization to grow and positioned it to be able to afford replacing the downtown Y. At the time there was a promise to the community to not forget downtown, and that promise is now being delivered, says England. The new downtown Y is located on land previously owned by MHS, and the value of the land and MHS's cash contribution for development total $10 million. 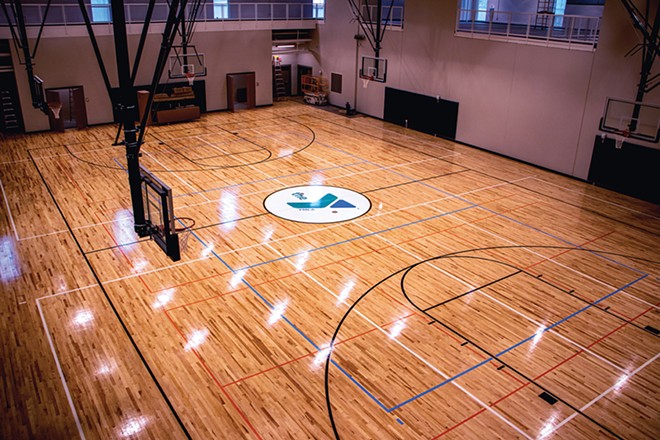 Photo by Zach Adams
The large gym, with multiple basketball goals, is equipped for use as volleyball, pickleball and badminton courts as well.

England says it was important for MHS to be the lead sponsor, but the facility wouldn't have been possible without strong support from the city and the community. The city of Springfield contributed $5.9 million in TIF funds. Community members contributed $6.5 million, representing about 225 donors and another 100 who bought memorial bricks. 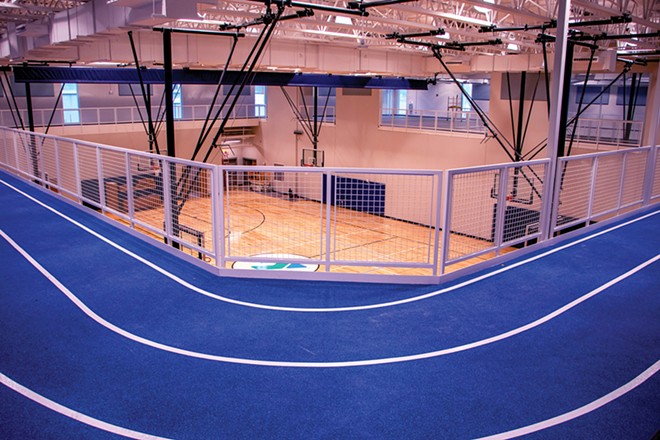 Photo by Zach Adams
On the second-floor indoor track, 12 laps make a mile.

Caleb Payne is president of the Enos Park Neighborhood Improvement Association (EPNIA), which is dedicated to the preservation and revitalization of the neighborhood once known as the "Jewel of Springfield." Through his job at Inner City Mission and volunteer service with EPNIA, Payne is committed to engaging people who are hard to reach, enriching the lives of his neighbors and enabling adults to build better trajectories for their kids. He considers the new Y a valuable neighborhood asset which will contribute significantly to these goals. The new facility will be an enriching place where kids can be kids and discover who they are, and adults will have opportunities to better their routines that will result in greater balance and stability in their lives, says Payne.

The current building will close at 3 p.m. the day before Thanksgiving, and the new facility will open Nov. 30, with a formal ribbon cutting on Dec. 1. A series of open houses and special events are planned, as well as incentives to become a new member. (See sidebar). The YMCA will demolish the current building during the first quarter of 2021.

Karen Ackerman Witter is a longtime member of the YMCA. She joined the downtown Y when she began her first job in state government and was working in the Capitol Complex. She met her husband, Randy Witter, at a 6:30 a.m. exercise class in the gym at the downtown Y in 1978.