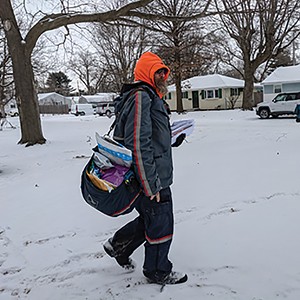 Photo by Bruce Rushton
After two decades delivering mail in Fairview, Greg Weickart is moving to a new route.

The courtship was prolonged.

White, male and lacking military experience, Greg Weickart wasn't a priority for the postal service – it took nine years before he got an offer after applying in 1975. He said no. At the time, he was selling shoes in Wisconsin. He also recalls life as a purchasing agent and working at loading docks. "I didn't realize that being a letter carrier was my dream job," he says as he totes his satchel in 12-degree temperatures, eschewing the right glove because he uses that hand a lot.

Years later, the postal service called again. This time, Weickart said yes. He started out sorting mail in Chicago and ended up here. Last Friday was his final day of delivering to 746 addresses in the Fairview neighborhood, where he's been a regular in a place he doesn't live for 20 years. It's one of the longest walking routes in town, about 15 miles trudging each day, Weickart figures, based on what a route evaluator once determined. Takes seven hours, more or less. He's gained five pounds since high school.

At 62, knees are giving out. Rather than retire, Weickart is taking a route in Indian Hills, where he'll make most deliveries via van instead of door to door.

His beard is seasonal: What insulates the chin in February is gone come summer, when there is no solution to 110-degree heat indexes. This is why Weickart cherishes folks who freeze bottles of water, just long enough to create slush, and have them ready when he arrives. "I'm going to miss you, Bob – I probably owe you five cases of Gatorade," he tells someone who always came through. During winter, the kind shovel paths across snowy yards where they know he'll tread. Not everyone is kind.

"Don't walk on that lawn," Weickart warns as he sticks to sidewalks while delivering letters at a house with "No Trespassing" signs. The occupant, he says, once reported him for stealing mail: She'd seen him deliver letters, then come back and take them. "Let's put it this way: For awhile, her nickname was Psycho Bitch," he says. "You meet all kinds on this job." A cop recently threatened him with a parking ticket and noted that his postal service van lacked a license plate. It took nearly 30 years for that to happen, he says. 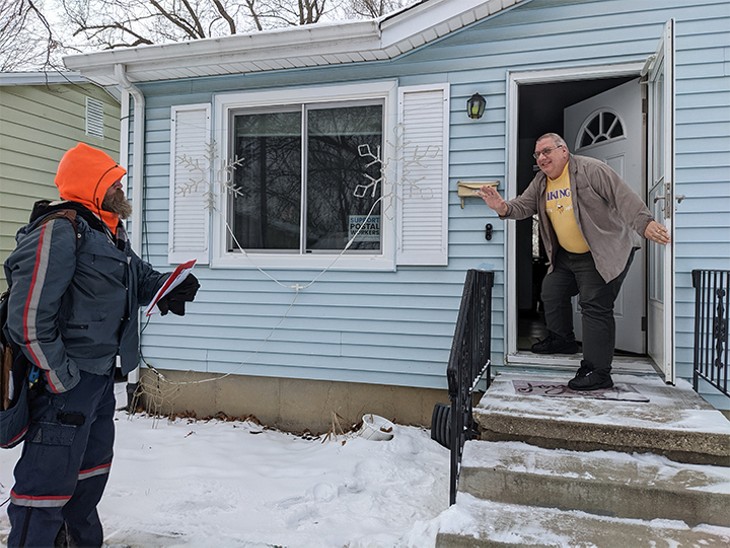 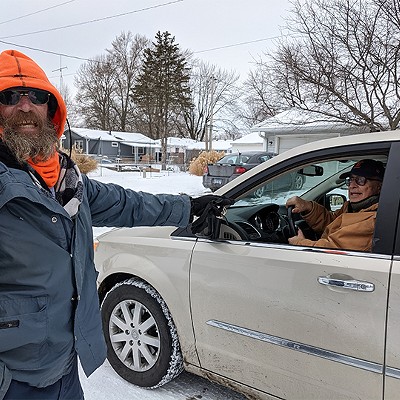 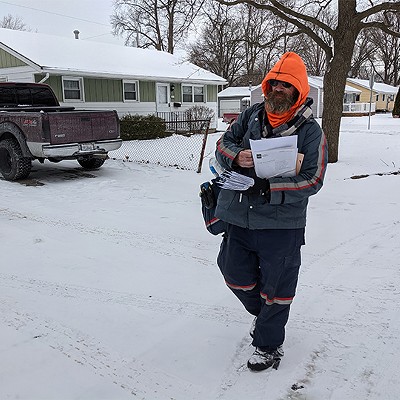 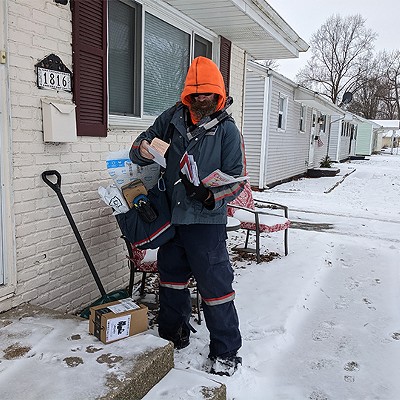 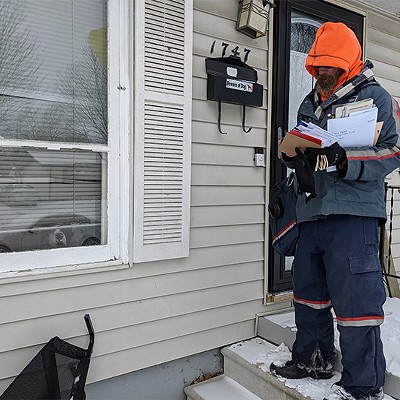 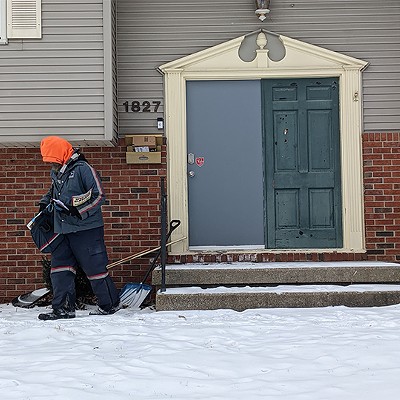 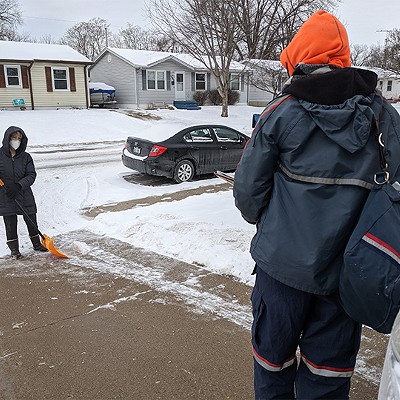 There is plenty of time for thinking in Weickart's line of work, and he uses some of it to compose limericks:

"Hold on, I've still got your Christmas card," a woman in her 80s says upon learning that tomorrow will be Weickart's last day on her street. She disappears for a moment, then comes out with an envelope. "Merry Christmas!" she tells him. "Merry Valentine's Day!" Weickart replies. The woman's husband, a tall fellow, died a few years ago. She's short and has trouble reaching. Weickart tucks letters so that the ends stick out from the mailbox, within plucking range.

"I'm really going to miss you," says the woman, who's shy about her name being in the paper. She's not Weickart's only fan.

Weickart knows how cool it is to find a California Raisin figurine on a sidewalk, give it to a little girl a few blocks later and from then on watch her dance and sing "I Heard It Through The Grapevine" whenever she saw him. Before delivering in Fairview, he called police after returning from vacation to find mail accumulated at the home of a woman who lived alone in Enos Park. She'd fallen and broken a hip, but came out fine. He recalls five dog bites.

Four of them were yip dogs, the small, sneaky sort that nip heels, then skedaddle. The outlier bit his foot, then went higher. "I basically ended up sitting on top of him, putting him in a headlock and choking that SOB until he gave up," Weickart says. He quit early that day to get a tetanus shot. Pepper spray is a last resort – do that once and a dog forever afterward will go after letter carriers. A good kick works best.

Weickart knows names and traits as well as he knows how much their owners shop online – Phoenix barks big from behind a fence but is mostly bluster; Butch, who eyes him through a window, has been an issue. People, though, are most important.

"I've established so many friendships," Weickart says. "I can supply a service that nobody else can."