My life as a guide at the Lincoln law offices 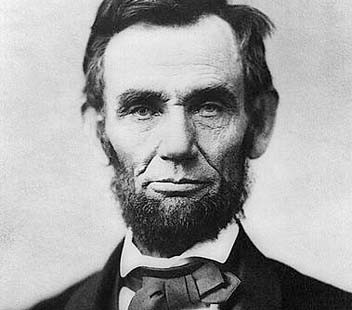 PHOTO BY R.L. NAVE
The recreated Lincoln-Herndon law offices are notable for the plainness and disorder remembered by Lincoln associates.


I was out of school, out of work and out of ideas when the new owners of the Tinsley Building hired me. It was 1968, and they had just restored the building at Sixth and Adams, believing it prudent to preserve the only remaining Springfield building in which Abraham Lincoln maintained a law office.

The three-story Tinsley had been built in 1840 or so by merchant Seth Tinsley, who housed his dry-goods store in it and let rooms in the parts he didn’t need for offices. Among his tenants were Mr. Lincoln, who first moved in in 1843 as the junior partner of Stephen T. Logan and stayed a further nine years as the head of the firm of Lincoln and Herndon.

Thus it was that I became a tour guide. My only qualification for the job was that I was willing to take it, and I benefited more from the decision than my employers did. It was at the Lincoln-Herndon Building (as it had been re-christened) that I became adept at instructing large numbers of strangers about things I half-understood and that they half-cared about, and so found my future as an opinion columnist.

I was the only staffer. I sold the tickets, ran the orientation program on the slide projector and escorted the dutiful, the curious and the dyspeptic through the rooms. (Some out-of-towners had obviously just dined on their first horseshoe, and it is too much to ask the body to digest both that and history at the same time.) I would be called a docent today (pronounced “doze-ent”) but by any name a tour guide has to be part barker, part sheep dog and part player piano. Those months were the only time in my life I got tired of hearing myself talk.

I was given a rough script based on background material about the building and the times. The spiel based on this material quickly was honed; after so many performances, a tour guide quickly learns which lines work and which don’t. I told about the dirt so thick in the corners where it had been swept that corn sprouted. (Why corn? A watermelon seed seems much more likely to end up in an office, but apparently Congressman Lincoln had distributed corn seeds to the farmers among his constituents, and some had escaped the leftover packets kept at the office.) I talked about the day bed that was too short for Mr. Lincoln’s frame, and pointed to the once-site of the American House Hotel (“the tavern proper for Legislators”) across Sixth. I pointed out the crudely-made window glass commissioned for the reconstruction but resisted suggesting that the view of the then-Statehouse across Adams Street was thus rendered much as it might have appeared to Billy Herndon after one of his benders.

And on and on. Sorry, we prefer you tour the building as part of a group. No, the papers on the desks are not Mr. Lincoln’s. Yes, the furnishings are genuinely of the period but not of the building, although much of the floors and ceilings are thought to be original. How long? About 20 minutes, but it will seem longer.

Hardly anyone ever asked a question when I invited them at the end of the tour. I knew I hadn’t said everything there was to say — I didn’t know it, for one thing — but I usually said as much as most people wanted to hear. I was however able to answer the question I was asked most often by far, which was, “Have you seen any ghosts?” It got pretty spooky around dusk, but no, I never felt any emanation from the Great Litigator’s spirit. If any spirit from the law offices were to reach out to me it probably would have been one of his clients — a bankrupt perhaps, or a pig thief or a Democrat.

I never had anyone demand a refund, which is the only meaningful test of a tour guide. Sometimes, however, when a group was trooping down the stairs from the top floor, where we started, to the second floor, some of them would bolt and keep going all the way out the door. I stifled the impulse to raise the window and shout after them, “If you want excitement, go to the Lincoln Depot and watch the tracks rust!”

Given journalists’ paltry career prospects, I sometimes wonder if I ought to take up tour guiding again, but it is a more demanding profession than in my day. On Wednesdays during the summer months, for example, a costumed interpreter at the law offices — now under State of Illinois ownership and management — pretends to be Lincoln’s law clerk for the edification of visitors. No thanks. Pretending to be a tour guide was hard enough.