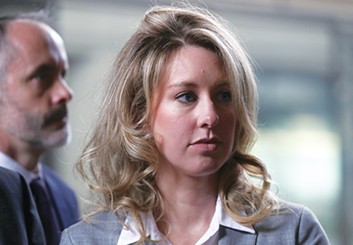 I don't find joy in anyone being swindled, but I do find a bit of irony that the DeVos family, founders of Amway, were bilked out of $100 million.

Amway is a pioneer of multilevel marketing, a concept where participants are expected to not only sell something but recruit others to sell it, too. Avon, Mary Kay, Tupperware and Herbalife are some other well-known MLMs.

Elizabeth Holmes, the founder of Theranos who was convicted of fraud charges Jan. 3, sweet-talked the DeVos clan into investing in her enterprise that falsely claimed to have revolutionized blood testing.

The problem is the fancy blood-testing machine she said she invented didn't work. And she lied to attract rich investors like the DeVoses who had dollar signs dancing in their eyes. When the Wall Street Journal uncovered the deception, the company's valuation dropped from $9 billion to less than nothing.

The DeVos family may be out millions, but things could be much worse. They could have fallen for some other scam and ended up with a basement full of unused merchandise. That's what happens to a lot of folks who get involved in multilevel marketing schemes.

Robert Fitzgerald, of Pyramid Scheme Alert, is an expert on MLMs.

"Think about it. Could you possibly make a living today from your home on your own, as an Amway distributor selling laundry soap or anything else like that? So, basically these detergents and other things might be consumed by the salespeople themselves. That's right. You can't make a living."

According to the Federal Trade Commission, most people who join legitimate MLMs make little or no money. And some lose money.

In 2020, my family got scammed. The sad part is we knew we were being scammed all along and failed to stop it.

It went like this: The mother of one of our kids' friends invited my wife, Joan, to a Touchstone Crystal party. We like the woman who invited her, and our daughters are good friends. But Joan wasn't particularly keen on the product. She's a veterinarian and jewelry gets snagged by the paws and claws of her patients.

When she was about to attend the online party, I rolled my eyes and said, "You know you're going to be expected to buy something. And it will be overpriced and likely something you don't like."

She nodded her head and gave a look of resignation one might expect of someone heading to the gallows. Unfortunately, in our society too many people are taught to be pleasers.

When she returned from her virtual engagement, she was even more glum. She won the door prize. And what was the door prize? The opportunity to host her own Touchstone Crystal party.

My wife nodded her head in agreement. And then the emails and phone calls started coming in from someone higher up the Touchstone Crystal food chain. Let's call her Queen Bee.

We were in the middle of a pandemic and the governor had declared a hard lockdown, so we said we couldn't host a party. But Queen Bee had other ideas. We would host a virtual party over Zoom.

"Tell her, 'No.' I mouthed across the room. But my wife said 'yes.' Queen Bee seemed to know just what buttons to push to get a mark to acquiesce.

Then my wife came up with her own idea: scam the scammer. We'd host a fake party. She pointed at our oldest daughter, then her sister and then me and said, "You will be my party guests."

Can't we just tell her no? My wife gave me The Look. She has trouble telling friends, acquaintances and strangers no, but with me, it's not a problem.

On party day, we all took our phones and computers to different parts of our house and logged on using different Zoom accounts. And there she was, Queen Bee.

When I introduced myself she gave me a startled look.

After a long pause she said, "You know that crystal glove Michael Jackson wore? That was made by our company. So, men sometimes use our products."

I can see it now, me moonwalking into the newsroom wearing one crystal bejeweled glove and whistling "Billy Jean."

At this point, I put on my reporter hat and started asking questions. "How much money did you make last year doing this?" Queen Bee sputtered and said, "Well, I'm just not certain."

How dependent is your income on recruiting others to sell? "Well, I just don't know what you mean."

Is this a multilevel marketing program? "I've never heard that term before."

And then Queen Bee said, "Let's do a drawing for a door prize." My wife, God bless her, said, "We aren't drawing for the opportunity to host another party, are we?" A look of dejection crosses Queen Bee's face and she says, "Um, no."

At this point, I head to Dollar General, phone in hand, and ask questions as I stroll down the cough medicine aisle. My inquiries must have proved too much because soon she was closing out the party. I signed off.

As soon as I hung up, my wife bought another piece of jewelry. I asked why and she said, "Well, I was expected to." 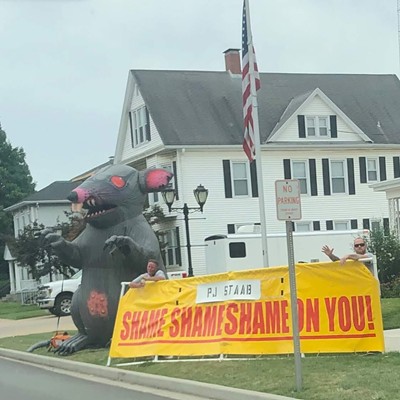