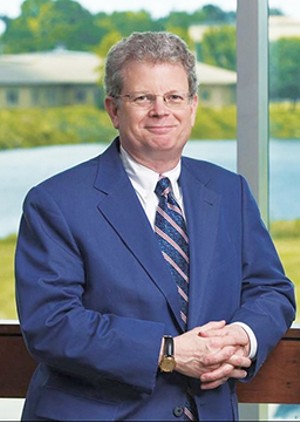 J. Christopher Smith
One of Springfield’s most successful capitalists traveled to the nation’s capital earlier this month to weigh in on the nation’s opioid crisis. It was not a convincing performance.

J. Christopher Smith, erstwhile president and chief executive officer of H.D. Smith, didn’t appear happy to testify under oath on May 8 along with executives from three other drug distribution companies that shipped millions of addictive painkillers to pharmacies in tiny West Virginia burgs where addiction and overdose rates have skyrocketed. But when the Oversight and Investigations subcommittee of the House Committee on Energy and Commerce issues this kind of invitation, it amounts to an offer you can’t refuse.

In a January letter to Smith, the subcommittee summarized drug shipments from his company to rural pharmacies in numbers so massive even Pablo Escobar would blush. Sav-Rite Pharmacy in Kermit, West Virginia, population 406, is just one example. In 2008, H.D. Smith sent more than 1.3 million hydrocodone and oxycodone pills to Sav-Rite, an increase of more than 1,100 percent over the prior year. The pharmacy owner, who got a six-month sentence for violating federal drug laws, has testified that his pharmacy was dispensing prescriptions at the rate of one per minute, with customers coming from a nearby pill mill.

All told, H.D. Smith shipped 13.7 million hydrocodone and 4.4 million oxycodone pills to West Virginia between 2007 and 2012. Other distributors also shipped unfathomable amounts of painkillers to unlikely rural pharmacies in West Virginia as the state became known as the epicenter of a burgeoning national opioid crisis, and so they, too, were called before the subcommittee to answer some pretty obvious questions.

“(D)o you believe that the actions that you or your company took contributed to the opioid epidemic?” U.S. Rep. Gregg Harper, R-Mississippi, asked each of the four executives. Dr. Joseph Mastandrea, board chairman of Miami-Luken, was the only executive who answered yes.

“I believe H.D. Smith conducted itself responsibly and discharged its obligations,” Smith answered.

“Is that a no?” the congressman pressed.

“That is a no,” Smith responded. Smith also said “no” when Harper asked whether his company had, in the past, failed to maintain effective controls to prevent diversion of opioids from legitimate uses. Did the “extraordinary volume” of opioids shipped to small-town pharmacies indicate that monitoring systems designed to flag suspicious orders had broken down? “I don’t believe we had a breakdown in our system,” Smith replied.

Things devolved from there.

While executives from two other companies acknowledged fault and said they’d do things differently, Smith stood firm: H.D. Smith, one of Springfield’s largest employers, had done nothing wrong. The company reported suspicious sales and orders to the U.S. Drug Enforcement Agency, he said, but when the DEA told companies that suspicious orders should be reported but not filled, instead of filled then reported after the fact, “it became very, very difficult to interact with the DEA and get feedback. They were, in fact, as evasive as possible in the midst of this crisis to us, in terms of giving us guidance.”

U.S. Rep. Susan Brooks, R-Indiana, wasn’t impressed by attempts to blame the DEA. She asked Smith about an email showing that H.D. Smith’s director of corporate security had been told in 2008 that a single physician had written 262,000 prescriptions for hydrocodone. Many of the prescriptions were filled at a West Virginia pharmacy called Family Discount that was supplied by H.D. Smith, which shipped more than 1.1 million painkillers in 2008 to the drugstore in Mount Gay-Shamrock, enough to provide everyone in town with 635 pills. In 2009, that same physician, who moved to the Bahamas after the feds launched a pill-mill investigation, wrote more than half of the hydrocodone prescriptions filled by the pharmacy, according to an H.D Smith report cited by Brooks.

H.D. Smith in 2011 ceased doing business with Family Discount, the year after the feds raided the suspected pill mill that was the source of prescriptions, but Smith’s company resumed selling drugs to the pharmacy in 2015. Sales continued after an H.D. Smith employee in early 2016 wrote an email raising concerns about the company providing drugs to another Family Discount pharmacy three miles away that had burned through a monthly limit of hydrocodone in just 12 days.

“Let’s talk about this due diligence,” Brooks said when Smith mentioned his company’s “robust due diligence.” Was Smith aware that other distributors had cut off Family Discount when his company decided to resume sales in 2015? No, Smith answered. Smith also professed ignorance when Brooks asked about controlled substance sales to Family Discount in 2016 that exceeded monthly limits. “(I)n fact, one of your employees indicated (in an email) that the justification was to meet our guideline to obtain our monthly discount,” the congresswoman said. “What monthly discount?”

“I’m not sure what that refers to,” Smith answered.

By the time H.D. Smith ceased doing business with Family Discount in February, Smith was out of the picture, having sold the privately held company for $815 million in January. “I will say that, according to a document we received – the committee – the company cited its reason for taking this action and finally terminating the relationship with Family Discount was due to, reference negative news articles,” said Brooks, referring to an internal company document prepared after media reports of the Springfield company’s history of shipping boatloads of painkillers to West Virginia.

Three of the four executives who testified alongside Smith vowed that they will look for communities where the amount of opioids shipped appears to be in excess of need. Smith, having sold his interest in the company, wasn’t among them.

Putting the state back in the grandstand