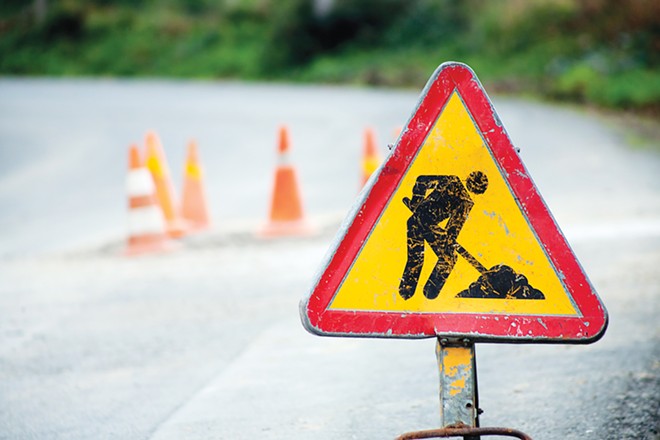 In October, I wrote about a zoning case involving a property that was to be annexed into the city of Springfield from Woodside Township and developed into multifamily housing units. As a member of the Springfield Planning and Zoning Commission, I had reservations about the zoning change. The street, South Park Avenue, lacks sidewalks, curbs and street lighting. Although the property we were evaluating was to be annexed into the city limits, the street was to remain part of Woodside Township. The township tends to leave streets as simple as possible: pavement, ditches and maybe some streetlights, if you're lucky. Sidewalks are not really something Woodside Township does.

Illinois Times reporter Dean Olsen broke the story (See "Helping Hands plans more permanent supportive housing," Feb. 10) that this development was to be used by Helping Hands for permanent supported housing for unsheltered individuals and families. I unapologetically support housing for all people, including the "housing first" model. The use of the property by Helping Hands was not presented to us at the planning and zoning commission. In fact, zoning ordinances are not applicable when it comes to whether Helping Hands could use this property for its permanent supported housing. The zoning classification that was approved by the commission and city council, R-3, allows for multifamily housing: everything from luxury apartments to simple studio apartments.

Zoning deals with how many units are permitted, how many parking spaces are required, how much frontage the property must have, and traffic flow. The types of units and the cost of rent and who lives in them is not a matter for zoning ordinances. Government is opening itself to legal liabilities when it attempts to use ordinances to restrict a specific group of people from living in an area. We can restrict density of how many people can live somewhere, but not what groups of people.

The practical answer is an intergovernmental agreement between Woodside Township and the city of Springfield to install sidewalks and lighting. The devil would be in the details, but the city could negotiate to pay for the installation of the sidewalks along the full length of Park Avenue, from Junction Circle to the south end, with Woodside Township agreeing to maintain their segments. The installation of lighting could also be covered under a similar agreement. This would provide full city services, including sidewalks, to city residents, without triggering the annexation of properties not currently in the city limits.

However, the benefit to city residents who will use this street, similar to the benefit of city residents who will use a repaved Chatham Road through Leland Grove, justifies the city taking the lead on this project. When people drive around town, they really have no idea if they're on a city street or not. All they know is that they want good infrastructure. Pedestrians deserve the same consideration. Springfield residents, who pay city property taxes, deserve pedestrian connections to the rest of the city.

This is why planning and coordination are critical in Springfield.

Steven Simpson-Black is a Springfield resident and the newest member of the Springfield Planning and Zoning Commission. He is pursuing a degree in urban planning at University of Illinois Springfield.

We have a city plan. Now what?