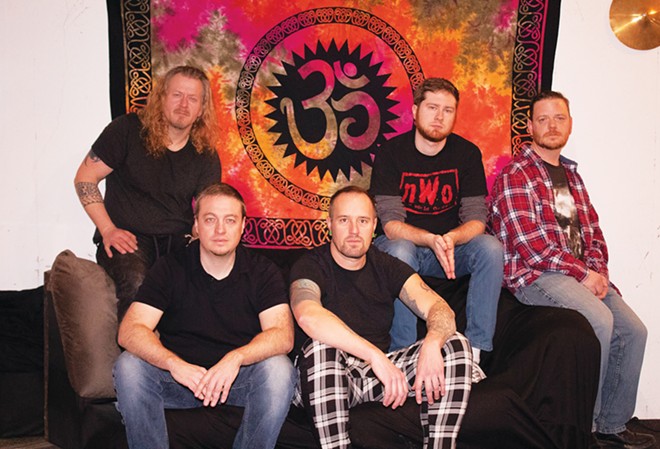 As we continue on into autumn, this time of year is most certainly right in the sweet spot. It's pleasantly not too hot and not too cold, unless of course it rains, heats up or a cold snap rolls in, but otherwise, it's perfect weather.

This week, musician and studio owner John Blockyou releases a heartfelt labor of love he calls the Central Illinois Musician's CD Project. Inspired by a comment from the late Mike Webb during one of Mark Estill's Guitar Town shows, Blockyou, over a span of some three-and-a-half years, invited several longtime local musicians and singers to his studio in Greenview to record classic, traditional country songs of their choice for posterity's sake. The CDs are available to the public by contacting John at www.cimcdp.com with previews of the songs on the website, too. At least several hundred years-worth of music-making talent (and counting) are on the 23 songs that make up the 76 minutes on the CD. Some of the musicians have passed on since recording these songs, making the whole point of this project even more poignant and vital to preserving the musical heritage of our community. Special thanks to John for all his work getting the CD together and to all who shared their gifts on this recording and through years of performances.

For a genuine under-the-stars experience, Danenberger's Family Vineyards has you covered, or uncovered, actually. The outdoor stage is a very neat place with the audience area in total open-air mode. This weekend, the DFV boasts a killer lineup all three days, starting with central Illinois native and country music artist Tim Neuman (now residing in Indiana) hauling his band back to the 217 for a home turf visit on Friday. Saturday marks a pre-Halloween show by national-touring, phenomenal funk band Here Come the Mummies, with special guests Astrofix (check out their 2021 CD, "A2trofix") and Unchained (EP/CD coming next spring) with both local bands doing original music sets. On Sunday, The Shenanigans put on a show, featuring some of our best local musicians playing the top hits of the last several decades like nobody's business.

And while we're on Sunday, it's just a crazy time with music going on all day long including Stuart Smith stirring it up at 3Sixteen in Chatham, Taylor June getting down at Locals in Pawnee, Johnnie Owens singing up a storm at The Alibi in Rochester, Jay & Kimberly duo-ing at Trails End in Curran, Buckhart Road passing through Hill Prairie Winery near Oakford, Lil' Higgy & the House Wreckers rolling into Brookhills, Matt Combs serving up songs at It's All About Wine, Jason McKenzie busting in at Buzz Bomb downtown and Brazil Cafe heading south (to South America, that is) at Harvest Market Coffee Bar.

Plus, on top of all that, those Sleeping Dogzz are creeping closer to their final gig with an SDzz alumni jam at Weebles. See specific times in our music listings at the various venues, but be forewarned the first one starts at 10 a.m. and the last one ends at 9:30 p.m.

Now don't get so tired on your Sunday run that you won't be up for the David Lumsden Blues + Band featuring segments with Tony Young and Kylan Davis at the Alamo Monday night. Dave comes in hot and stays that way, and it'd be cool if you could check out how he plays for keeps every time DLB+B does their thing.

Other than that, there's nothing to do this weekend, except for all the other stuff listed in our music calendar.