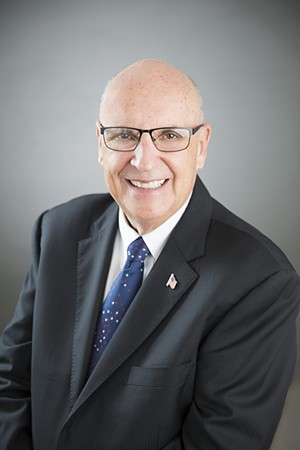 Mike Murphy is the new CEO of the Greater Springfield Chamber of Commerce, effective Dec. 1. He resigned his elected position of state representative to take on this role. Murphy says he is excited about his new position and looks forward to working with local government to help local businesses prosper. Murphy was born in Springfield and raised in Divernon, worked in the restaurant business in several locations and has experience owning and operating small businesses. He is a former owner of Charlie Parker's Diner, where he understood that his success enabled him to give employment opportunities to others.

Murphy says his first priority will be to listen to the Chamber's board of directors about its plans and aspirations. He doesn't intend to make any immediate changes before listening to others. He hopes to work with local government officials to have a better permitting process, which is a concern to local businesses. He is committed to doing everything he can to help businesses provide opportunities for their workers. He also wants to see the rail relocation proceed on time, which will be transformational for the city. With Springfield's two outstanding hospitals, the Springfield Clinic and SIU School of Medicine, Murphy is convinced Springfield's medical district will be a national leader.

Murphy is a former board member of the Greater Springfield Chamber of Commerce and also served six years on the Sangamon County Citizens Efficiency Commission as vice chairman and chairman. He served on the Divernon School Board and Divernon Village Board. Murphy was elected as Illinois State Representative from the 99th District in 2018. Following redistricting, he decided not to run for reelection. He believes his background and experience are a good fit to lead the Greater Springfield Chamber of Commerce and help local businesses thrive.

Rotary Clubs work with Salvation Army to help the homeless