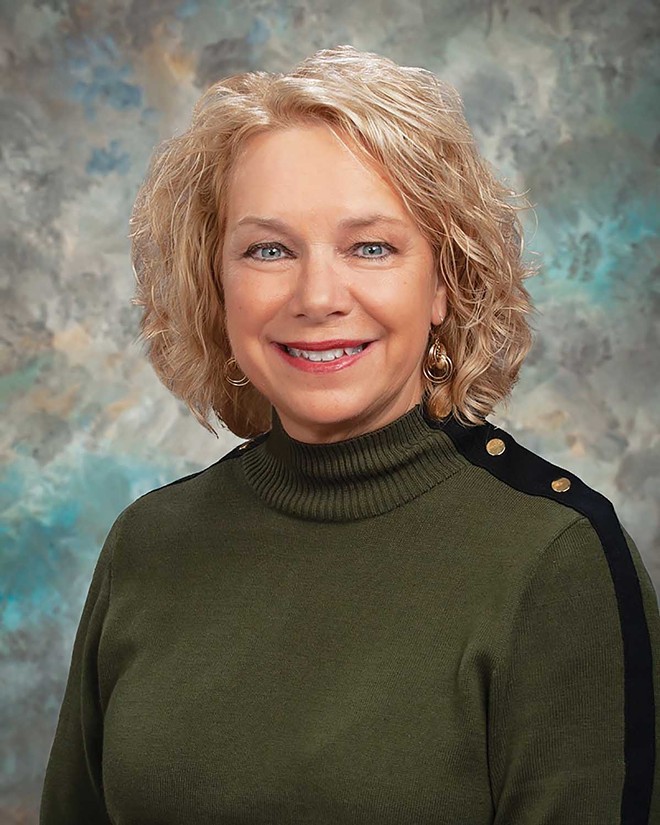 Mayor Jim Langfelder has picked Lynne Wooden, a career banker, to become the director of the city's Office of Planning and Economic Development.

Springfield Mayor Jim Langfelder has picked a career banker to become director of the city's Office of Planning and Economic Development, a position that's been vacant for more than a year.

Lynne Wooden will start work Aug. 1. She will be paid $105,000 a year, Langfelder said, about what her predecessor Val Yazell earned before the mayor fired her in the spring of 2021.

Langfelder said that he spoke with “a handful” of other people before settling on Wooden.

“I asked others who I probably would have brought on sooner if they had that interest,” the mayor said. “They didn’t.”

“There’s an election coming up,” Langfelder said. “It’s an exempt position. She’s in a position in life where she can take the position.”

The directors of the various city departments are at-will employees, meaning they can be dismissed for any reason, other than an illegal termination, and it is common practice for newly elected mayors to appoint their own directors.

Langfelder noted that the city council has one year to confirm his choice. He said that he doesn’t plan on asking the council to confirm Wooden until after municipal elections set for next spring, when he and all aldermanic positions will be on the ballot.

“When the year’s up, I’ll bring her to the council for confirmation,” the mayor said.

Wooden said she doesn’t expect to be a long-term municipal employee.

“I’m here to fill a void, and I want to do the best I can and go from there,” she said. “He (Langfelder) contacted me not very long ago, knowing I was going to be retiring. … I thought I could do this for awhile. I’m looking at this as something to help the city through the election.”

Wooden retired in June after spending 10 years at INB, according to the bank’s website. She’d previously worked for Illinois National Bank for 17 years, where she began her banking career in 1981, according to a resume that Langfelder emailed to city council members. She attended Lincoln Land Community College in the early 1990s but did not earn a degree. Wooden left Illinois National Bank, where she was a vice president, in 1999 to take a job as a vice president at JP Morgan Chase Bank. She left that job in 2012 to work for INB, where she managed accounts for corporate and government clients, according to the bank’s website, working with more than 150 commercial clients.

Langfelder said he isn’t concerned that Wooden doesn’t have a college degree. “Usually, it’s a degree or years of experience,” the mayor said. “I’m glad she accepted the position.”

Ward 6 Ald. Kristin DiCenso said that she hasn’t had time to study Wooden’s resume but is pleased that Langfelder has filled the job.

“We’ve all been begging for it – it’s come up several times,” DiCenso said. “Inaction on this appointment has really cost the city.”

Examples of the city suffering for lack of an economic development director include the collapse of a proposal to convert hotel rooms at the Wyndham City Centre hotel, said DiCenso, who voted against the idea. She voted for gunshot-detection technology and license-plate readers that are being funded with American Rescue Plan money but has questioned such programs and whether federal money could be better spent on other things.

“We could have used this over the last several months, with all these federal dollars coming in and this hotel debacle,” she said.

DiCenso questioned Langfelder’s plan to wait until next summer before asking the council to confirm Wooden.

“To me, that says he doesn’t have a whole lot of confidence in his new appointee,” DiCenso said. She noted that the council recently confirmed Summer Griffith as director of the city library, shortly after Langfelder asked for confirmation. Griffith had served as acting director since Langfelder fired her predecessor in February.

“I’m not sure what the difference is,” DiCenso said.

Langfelder said that priority projects for Wooden include downtown development, including establishing a university presence and finding a solution to the Wyndham City Centre puzzle. A sports complex near Scheels, also, is important, he said.

What if Wooden and the mayor disagree on an issue, as happened with the last economic development director, whom Langfelder fired after she refused to approve a request for federal grants to improve a building used by the NAACP?

“That’s a tough one – it can happen,” Wooden said. “To be honest, when we talked about the position, that was in the back of my mind as well: What happens? That’s something that will just have to play out.”

This story has been updated to include comments from Lynne Wooden.