Hat, fundraising on the agenda 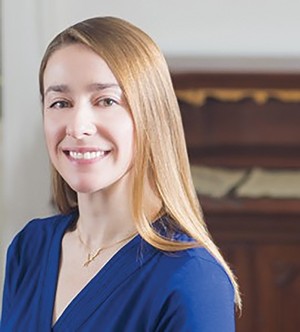 Photo courtesy of President Lincoln's Cottage.
Erin Carlson Mast says that fundraising and good relations with the public side of the ALPLM are top priorities.

Erin Carlson Mast, set to begin duties as the foundation's president and chief executive officer on Jan. 11, says she's up to the task.

Since opening day in 2005, there's been tension between the public institution and the tax-exempt foundation, which is perhaps best known for buying a stovepipe hat from a foundation board member with scant evidence that it belonged to Lincoln, then asking the state for public money to pay off the loan used to acquire the hat and other artifacts.

That bailout idea's been dropped, but before anyone questioned the hat, the American Association of Museums in 2007 issued a report after assessing the ALPM and its relationship with the foundation. Who's in charge here? The assessors reported the answer wasn't always clear, resulting in angst in museum employee ranks. Under former ALPLM director Alan Lowe, terminated last year, the hat had become weaponized in a battle between the foundation and the public institution, according to a subsequently released report from former state historian Sam Wheeler, who was terminated last summer.

The ALPM is now searching for its fifth permanent director since 2005 and its third since 2012. On the foundation side, former director Carla Knorowski, who departed last year, had a seven-year tenure, longer than any counterpart on the public institution side. Mast, who's been CEO and executive director of President Lincoln's Cottage in Washington, D.C., since 2010, said she's aware of strained relations between the public and private – mending is important.

"That's one of the big priorities that the board expressed to me, and that I expressed and committed to them," Mast says. "Everything I've seen and heard so far is, there's a commitment to building a stronger and healthier relationship. We need each other."

The hat remains unresolved. Wheeler had recommended before his July termination that textile and clothing experts be consulted to help determine whether the stovepipe might have graced Lincoln's head. According to draft minutes of a September ALPLM board of trustees meeting, the most recent available, Trustee Joan Brodsky, who also serves on the foundation board, questioned the cost of experts and said an answer likely wouldn't be definitive. The cost of expert opinions previously had been pegged at less than $10,000.

"There's still research to be done," says Mast, who holds a bachelor's degree in history from Ohio University Honors Tutorial College and a master's in museum studies from George Washington University. "Provenance isn't always clear. I like questions, which is one of the reasons I like history. I think we need to learn more and share what we find. Transparency is really key here."

Beyond the hat, there is money. According to its most recent IRS filing, the foundation had liabilities of nearly $9.3 million as of June, 2019. Mast says that a third of the debt incurred to buy the hat and other artifacts from a foundation board member has not been retired. "That's a top priority," she said. "It's not going to happen overnight. We're in a challenging environment for fundraising, for sure."

Pretend I'm Bill Gates: Pitch me. After noting that selling to a scribe might be different than convincing a billionaire, Mast answers in less than 272 words.

Mast says that she will be based in Chicago but expects to spend a substantial amount of time in Springfield.