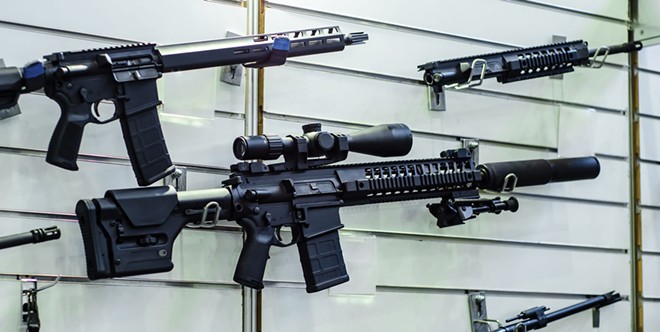 Included in the training that every psychiatrist receives is the subject of forensic psychiatry, the intersection of psychiatry and criminal law. Some choose to specialize in this area.

I am a psychiatrist. Though I did not choose to specialize in forensic psychiatry, I have served as a residency-training director and then department chair, whose responsibility it was to assure that residents at SIU School of Medicine learned the basics of this area from forensic psychiatrists. And as a medical resident (1980-1984), I learned about forensic psychiatry by experiences that included treating patients under faculty supervision at the Logan Correctional Center.

One thing I learned was that many people do terrible things in the absence of mental illness. Fueled by a sense of entitlement, hate or a sense that they had been disenfranchised by society, they stole, cheated or harmed (even killed) others, knowing full well what they were doing was wrong.

Finally, there were those few individuals, suffering from delusions, hallucinations and impaired insight, who committed criminal acts that were truly due to their mental illness.

I also learned a fact that has been consistent from 1980 until now: People with mental illness are, in general, not violent. They account for only 3%-5% of violent acts in the U.S. (MentalHealth.gov) as of Feb. 22, 2022, and are 10 times more likely to be victims of violence than the general public.

Which is why it irritates me to no end when, right after our national weekly mass shooting, some sanctimonious politician says, with no psychiatric input, "What we have is a mental health problem." This statement is just a smokescreen for the real problem we have in the U.S.

What we have is a national problem with extremely lethal, high-capacity, rapid-firing weapons that can be bought in endless quantity by almost any person who wants them.

In most Western countries you can own pistols, sport rifles and shotguns after a careful background check with proof of training to operate them safely and the ability to store them safely. These countries have lower violent crime rates and lower gun-related deaths. You just can't have weapons designed to kill a lot of people quickly.

The difference: 214 U.S. mass shootings this year (with four or more victims) according to gunviolencearchive.org., including 27 school shootings in our first 21 weeks of 2022, according to Education Week. In contrast, Australia, which implemented serious gun ownership reform in 1996, has had one mass shooting since 1996. Additionally, the U.S. murder rate is 57 times higher than in Australia (nationmaster.com).

The problem is weapons have evolved beyond what the framers of the Second Amendment could have envisioned.

Back in 1778, they had muzzle-loading rifles that were used for hunting, home defense and combat. If an angry person walked into a building and fired a shot at a group of people, it took them 15 seconds, if they were very skilled, to reload for a second shot, enough time to rush the shooter and disarm them. Today an AK-47-type rifle shoots 40 rounds per minute in semi-automatic mode, higher in automatic bursts, an almost unstoppable force.

What we need are politicians who, in addition to sharing their thoughts and prayers, take action to pass sensible gun control laws. What we also need are citizens who vote against any politician who doesn't have the common sense to realize that significant gun control laws are way overdue.

Stephen Soltys of Springfield is a retired psychiatrist who now teaches medical students on a volunteer basis.

Democracy depends on the right to vote