Mask ruling could have been avoided

This entire controversy over Sangamon County Judge Raylene Grischow's odd ruling earlier this month that statewide mask/vaccine/testing mandates at schools are a "type of quarantine" and therefore fall under the state's quarantine laws (which include individual due process protections) could've all been prevented with a simple bill last year.

Most who've watched this closely knew that Judge Grischow's temporary restraining order against enforcing the state emergency rules containing the school mandate language was a possibility, however remote. Southern Illinois attorney Tom DeVore has been making this "mask mandates are quarantines" argument for a very long time, but he has, shall we say, a less than impressive win-loss record in his pandemic portfolio.

DeVore recently described himself as a "hayseed," and he comes off as not credible to many. The governor has even referred to him as a "grifter," for which DeVore is suing him (and the lawyer will probably lose because of executive immunity). DeVore is also using his recent infamy to possibly launch a statewide Republican bid for attorney general at the end of February.

But despite DeVore's win-loss record and his many idiosyncrasies, all it takes is one judge who is fed up with following pandemic rules and an appeals court that clearly doesn't want to touch a political hot potato and policy disaster can strike.

And, boy did it strike last week when an Illinois appellate court punted and ruled that Gov. JB Pritzker's appeal of Grischow's TRO was moot because the legislature's Joint Committee on Administrative Rules had voted to suspend the emergency rule in question days earlier – even though both the governor's office and DeVore had told the justices further action was needed.

The General Assembly hasn't done much to hold up its end during the pandemic. Until this month, the courts have mostly sided with the governor's executive orders, so there was no real perceived need to change that many laws. And the less they did, the better for everyone, was the prevailing mood. The governor didn't have additional legislative distractions, and legislators could sit back and point fingers as needed.

Legislators did step in last year when some school staff started using the state's Right of Conscience Act, which was designed to protect anti-abortion medical care providers, to claim they couldn't be forced to take vaccines or be regularly tested for the coronavirus. As a result, that never became a thing.

If legislators at the time had also approved similar legislation to further clarify state law that the legislature never intended that mask mandates, etc. are a type of quarantine, then there'd be no case to discuss today. Such an argument would've had the added benefit of being absolutely true. As with the Right of Conscience Act, no such result could've possibly been envisioned at the time of passage. School mask mandates are quarantines? Are you nuts?

But the governor's people say that legislative leaders wouldn't consider the quarantine language change proposal. Members were already being inundated with angry, even threatening contacts from constituents and outsiders who'd been ginned up by disinformation outlets to what we thought at the time was the max over the Right of Conscience Act fix. Tossing more fuel on the fire wasn't something that enough Democratic legislators wanted to do, even though doing both at once could've saved a whole lot of grief down the road.

What's done is done. Or, in this case, what wasn't done is now done.

The appellate court's punt to Judge Grischow means her TRO stands, but Attorney General Kwame Raoul claims that the governor's executive orders on school mask mandates is still in effect for school districts that are not part of the cases in front of Grischow.

Pritzker is appealing to the Illinois Supreme Court, which has been more reluctant than even the legislature to step into this pandemic topic. The state sometimes seems to be just chock full of finger-pointers and responsibility shirkers.

The unanswered question, of course, is what happens during the next COVID variant wave (if any) or the next pandemic if a mask requirement is ultimately deemed a legally defined quarantine. The future will likely not look back with kindness, and the governor should not allow such a result to be part of his legacy. 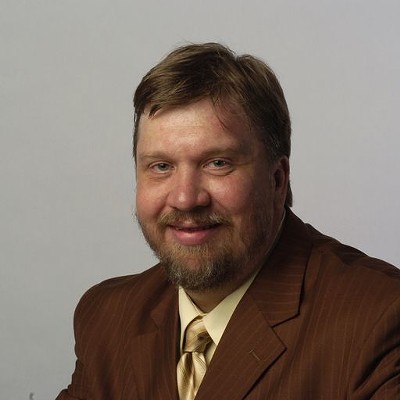