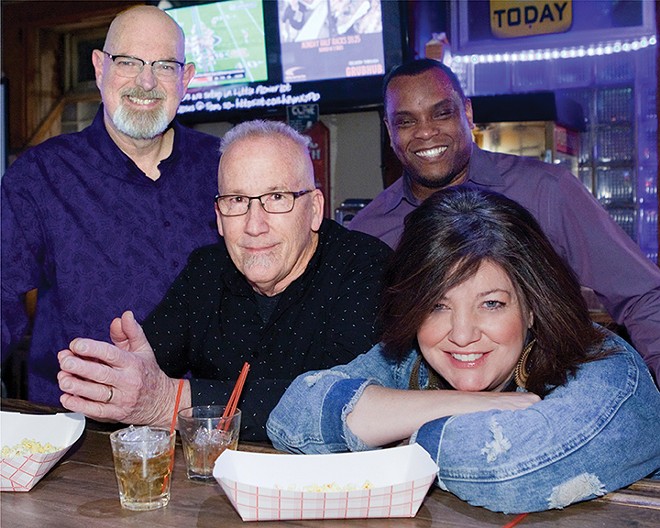 What can be said about Mary Jo Curry (vocals) and her band of Michael Rapier (guitar), Rick Snow (drums) and Chris Rogers (bass) that you don't already know by hearing them play? Well, how about that the new CD just released this weekend has guest spots by some top blues cats, namely, Albert Castiglia, Tom Holland and Andrew Duncanson. Or the fact that her first CD, produced by local resident and international blues traveler James Armstrong, garnered high rankings on prominent blues music charts and rave reviews from top critics and blues writers around the country. Sometimes we need to be reminded that artists based in our hometown, performing on a regular basis in local venues, have careers beyond here with recognized achievements well-respected by established music folks. With this weekend's release of Mary Jo's current self-produced CD, Front Porch, containing 10 all-original songs and one cover, the group's horizons just broadened to include a national publicist, increased radio airplay and many, yet unknown leaps in the business of making music that gets heard. Congrats MJCB!