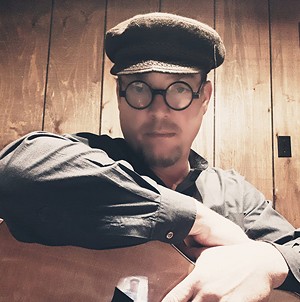 Hello folks, and come on into the first weekend of March 2021 as we continue to work toward reopening our world in a hopefully hope-filled post-pandemic place and time. Little by little, we are seeing the signs of a safe society beginning to bloom, and boy howdy, is this guy ready for that to happen.

I played my first gig of the year last Friday at Harvest Market Farmhouse bar and restaurant to a nice crowd of family, friends and fans. I can't even begin to describe how good that felt, and it really made me realize just how much I missed playing out live. Thank goodness for the fun online streams (I'll continue to do those), but as we said all along, nothing beats the feel of live music seen, heard and experienced as it's meant to be and has always been done, in person, happening in real time. As we move forward, let's all do our best to keep the safeguards up to prevent any backsliding toward those nebulous but necessary days of lockdowns and quarantines we all lived through only weeks and months ago.

Let's take a moment for a shout out here to Hurricane Ruth, a blues singer and songwriter extraordinaire, as well as a riveting performer who's been at this entertainment experience of personal expression for a lifetime. After recording her latest album, "Good Life," (American Showplace, produced by Ben Elliot) and preparing for touring and promotion, 2020's pandemic hit, and as with most all musical artists, Ruth's career plans came to a screeching halt. But the Beardstown native persevered and she released the album in July, which then got her on many Best of 2020 radio lists with accolades and broadcast plays flowing in from literally all over the world. You should keep your eye and ear on this hurricane and be sure to soak up Ruth's latest single, an on-fire remake of "Put a Little Love in Your Heart."

Friends of the local scene may remember Jason and the Nashville Scorchers playing at Crows Mill School back in the mid-80s. Jason was a native of southern Illinois who grew up on a farm and attended SIU in Carbondale before relocating to Nashville, Tennessee, in the early 80s. He became the ringleader of the Scorchers, who are generally regarded as the originators of "cow-punk," which is officially a genre associated with the melding of country music and punk rock. You may also know him as Farmer Jason, the Emmy-award winning children's entertainer, as his outstanding work in that field has kept him busy farming the kid market for decades. On March 5, his second solo record in recent years under his full given name of Jason RIngenberg hits the streets and it's called Rhinestoned. Consider yourself forewarned, and as Jason says, "Everyone must get Rhinestoned!" and he means it.

As our live music scene continues to rebound, another staple venue opens up as the venerable George Ranks, popularly known as "the round bar," presents Tom Beverly and Geoff Ryan this Friday night when the songs will swirl around the classic watering hole once again. For a Sunday Funday afternoon, the Slauterhouse Brewing Company, just off the square in Auburn, hosts Rickey Meredith's 70s Solo Acoustic Show starting at noon.

The long-running Blue Monday gigs at the Alamo, hosted by our Illinois Central Blues Club, are back in action with Champaign-Urbana-based, longtime local favorites Blues Deacons, featuring Billy Galt plus Dan Rivero on for this week, and Jack Whittle Band, Johnny Rawls and Studebaker John booked through the rest of the month.

See you next week as the good news continues.