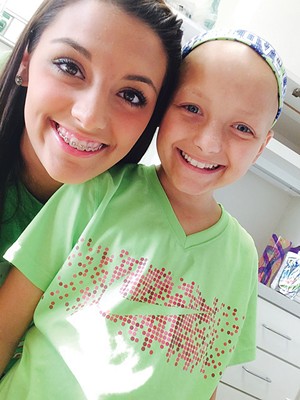 The annual budget address presented by the Illinois governor is not the hottest event of the year for most college students. "I'm actually not at all invested in politics," said Lauren Hernandez, one of the two Lincoln Land Community College students invited by Democratic Gov. J.B. Pritzker to attend his speech last week.


As part of his proposals, the governor touted plans for increased funding for the "Monetary Award Program" – better known as MAP, a needs-based program for low-income students. Pritzker proposed an additional $50 million for the MAP program this coming fiscal year, and proposed to dedicate 15% of that to community college students. That would be more than a 10% increase from the previous allocation.

For Hernandez, getting help from MAP was a key to higher education. Hernandez is the oldest of six kids, and the first of her family to attend college. "I'm setting a precedent for my younger siblings," she said.


She's a graduate of Litchfield High School and is pursuing an associate degree from the nursing program at LLCC while working at St. Francis Hospital. Nursing is close to Hernandez's heart. "My sister was diagnosed with cancer when I was 12. And so it kind of drove me, after I saw what nurses do in their everyday lives, to pursue the same career and try and help others," she said.

Hernandez, who is 20, realized she qualified for both Pell and MAP grants while filling out her federal student aid application. She has a child, and while both she and her husband work, funding for college is tight as she can't rely on help from family.

"I think there's a lot of students that are in my place, and to know that they have an option for their future to still get to go to college, even if they don't have financial support to do so, I think that's super important," said Hernandez. "My overall goal is just to try and be that caregiver and help others like the nurses helped my sister when she was sick."


Brandon Ihlenfeldt also received both a MAP and Pell grant. That means he's not facing a future of debt. "Without it, I probably would be in a bit of a different situation right now. I probably would have had to take on a loan," he said. The 18-year-old is married with two kids. He's attending LLCC for its HVAC program.

Ihlenfeldt said it makes sense to prioritize making community college more accessible to would-be students. "A lot of people I know who are in four-year schools, they are kinda regretting it," he said. "I think everybody should start off at a community college just to kind of get an idea of what college is like and the commitment you have to make to it."


In his address last week, Pritzker said, "My budget proposal for next year aims to make community college tuition-free to all MAP-eligible students whose families make under $45,000 a year."


Lynne Baker is managing director of communications at the Illinois Student Assistance Commission, which administers the MAP program. She said MAP has recovered from the budget impasse during former Republican Gov. Bruce Rauner's administration.


Baker said MAP reached its "highest appropriation in the history of the program" this current fiscal year. But, Baker said even with the highest appropriation in history, there are eligible students who go without receiving it, as the demand still outweighs the availability. And more funding could mean the size of the grants, not just the quantity of them, would increase as well.


Baker said the additional funding proposed by the governor could lead to most MAP-eligible community college students covering 100% of their fees and tuition between both MAP and Pell grants, which are the federal awards that both Hernandez and Ihlenfeldt also received.