Living in the city

A third of Springfield teachers do not 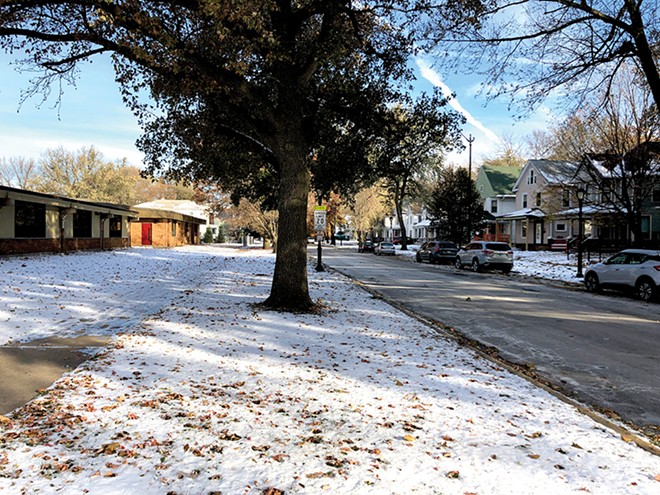 Outside the Southeast High School auditorium last week, while teachers discussed a contract offer from Springfield School District 186, I overheard a member of the Springfield Education Association explain why she was leaving early.

"I have a half-hour drive to get home," she told a fellow union member.

A half-hour? Hmm. And so I obtained the home ZIP codes for all district employees who hold teaching certificates, which includes 1,164 teachers and 90 administrators.

Perhaps a helicopter is involved, or maybe it's a recent hire who is in the process of moving, but the certificated employee with the longest commute lives in Lake Bluff, a burg on the shores of Lake Michigan about 35 miles north of the Sears Tower, according to the district, which is barred from releasing records allowing the curious to decipher just where a specific employee lives. Another is domiciled in Joliet. But the bulk of teachers who don't live in the district are closer in.

More than 100 employees with teaching certificates live in Chatham. Nearly 40 have Sherman addresses, Rochester boasts 31 district employees who hold teaching certificates and 17 reside in Petersburg. Fewer than 80 make their homes in the 62703 ZIP code, which includes much of Springfield's east side and has the highest percentage of black residents of any ZIP code within the school district. The 62704 ZIP code, where 375 certificated staff live, is the most popular, followed by 62711, where 175 certificated employees live in an area that sprawls from Farmington to the shores of Lake Springfield and includes land both inside and outside the district.

Should we care? I'm not sure.

During the past 20 years, school districts in several cities, including Milwaukee, Philadelphia and Buffalo, have eliminated residency requirements. Arguments for and against requiring teachers to live within district boundaries are familiar to anyone who's paid attention to Mayor Jim Langfelder's push to require municipal employees to live in Springfield, which is home to nearly 60 percent of the city's workforce. Employers who decree where employees can live limit the pool of applicants and so diminish the quality of the workforce, some say. Others maintain that employees who live where they work have a personal stake in the quality of the community and so have extra motivation to do a good job. There also is the question of keeping paychecks close to home: Public employees, residency fans say, should pay property taxes and spend money in the taxing district that pays them.

"I think it does and it doesn't matter," says Aaron Graves, president of the Springfield Education Association, who lives a few blocks away from Grant Elementary School where he taught before becoming head of the teachers union. "A few pranks excepted, it's a great thing. You come home every day, you see the kids coming home from school, you make friends with their family, you're part of the fabric."

This isn't to say that Graves supports a residency mandate. "If you live two miles out of the city, does that mean you can't be a great teacher for inner city kids?" he says. "Absolutely not. You can be, and they are." Still, Graves suggests that incentives might convince more teachers to live in Springfield. "The union would approve of it, and we would do whatever we could," he says.

Carrots usually are good ideas. Cops, firefighters and veterans already are eligible for grants as high as $20,000 to buy homes in Enos Park and the east side. To not include teachers seems either silly or an oversight.

Springfield school board president Mike Zimmers says he'd like to see more teachers living in the district, and he isn't surprised by the number who live elsewhere.

"I'm a little concerned about it," Zimmers tells me. "I wish people lived here, but that's their personal choice." The district requires administrators to live within the district because school activities can stretch past regular school days, he says, and so administrators need to be available, which might be tough for someone living in Litchfield. "If you're going to lead the charge in the building, then you should be part of the community," Zimmers says.