PHOTO BY KAREN WITTER
Felicia Olin with her 2009 artwork outside the Illinois State Museum.

Felicia Olin was voted best visual artist for Illinois Times Best of Springfield 2022, continuing her many consecutive wins. In 2009, she painted a large fiberglass Lincoln top hat for the Hats Off To Lincoln Bicentennial Project sponsored by Springfield Rotary. This was Olin's first big project when she was an emerging artist. Her inspiration was Vachel Lindsay's poem, Lincoln. The popular hat has graced the porch of the Illinois State Museum (ISM) ever since. Weather and throngs of schoolchildren took their toll. The Illinois State Museum Society recently received a grant from the Sangamon County Historical Society for Olin to refurbish the hat.

"It is one of my proudest things to have worked on," Olin said at a rededication event at the ISM on Nov. 2. Brian Barstead coordinated the 2009 initiative and the call for artists on behalf of Rotary. At the recent event, he shared what Olin wrote when submitting her proposed design: "I liked Lindsay's comparison of freeing the slaves to a prairie fire. Sometimes we have to burn away our old thinking in order to make way for betterment of everyone." When she painted the hat, she had no idea where it would be placed. The design featuring a prairie fire, bison, Lincoln and Vachel Lindsay poem was a perfect fit for the ISM. The Illinois Education Association, located across the street, was the ideal sponsor.

Olin's father took her to the ISM as a child. She never dreamed she would create a work of art that would be on the front porch of the museum near the iconic yellow sculpture she enjoyed as a child. Hidden within her design is a dedication to her father. 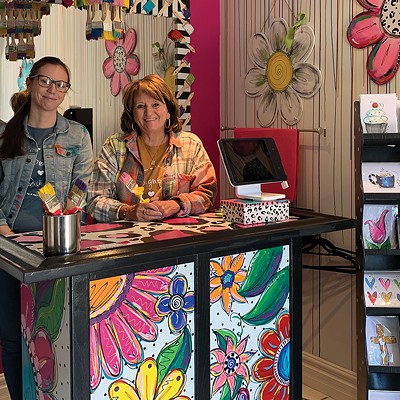 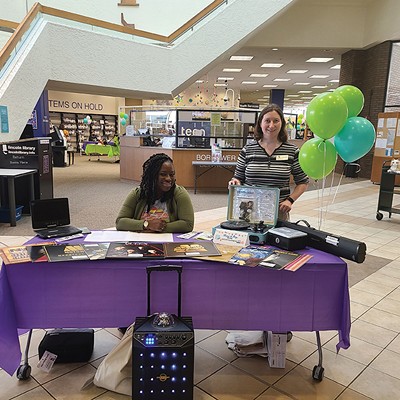