Guessing what a 19th-century president would do today 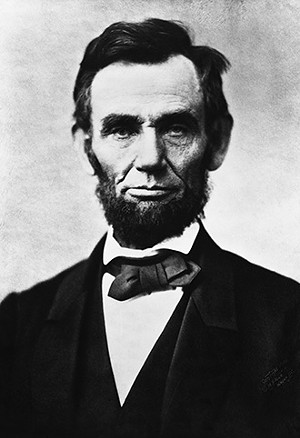 In his first nationally televised one-on-one interview, Donald Trump invoked the name of the president often quoted by Republican occupants of the White House. “I can be the most presidential person ever, other than possibly the great Abe Lincoln, all right? But I can be the most presidential person. But I may not be able to do the job nearly as well if I do that.” This tweet-like observation does not bring to mind the eloquence of Lincoln’s Second Inaugural Address when he addressed a divided nation with the words, “With malice toward none, with charity for all, with firmness in the right, as God gives us to see the right, let us strive on to finish the work we are in, to bind up the nation’s wounds.” But these are different times.

Lincoln on Leadership for Today: Abraham Lincoln’s Approach to 21st Century Issues by Donald T. Phillips is the author’s attempt to make 19th-century history relevant in contemporary times. The task is a difficult one. The effort is worthy but on many occasions the author seems compelled to engage in a Star-Trek-like mind meld with our 16th president, analyzing complex issues that Lincoln could never have contemplated facing during his life. America was an inward-facing country in the first two-thirds of the 19th century. We were fighting the second American revolution. Yes, we had border quarrels with Mexico and Canada, but seeking answers to how Lincoln might handle many of the complex international issues that current presidents face is somewhat of a stretch. If Abraham Lincoln came back to earth today, he would have a lot of reading and history to cover before he could intellectually handle the fact that the United States has become the dominant military and industrial power of the world.

Phillips covers a vast range of issues in the 17 chapters of Lincoln on Leadership. Each one begins with a discussion of Lincoln’s life and the events that shaped his political views. Using as examples the Mexican War that Lincoln opposed, the Civil War that he vigorously prosecuted, his single term in Congress and the Lincoln-Douglas debates, Phillips provides a rich and thorough history of Lincoln’s life. Phillips then segues in each chapter to use Lincoln’s life experience as a basis for answering how Lincoln might confront modern issues such as the death penalty, a balanced budget, term limits and the influence of the press. In each instance, Phillips comes to conclusions, but it is often difficult for the reader to determine if they are truly those of Abraham Lincoln or instead the author projecting his views upon the former president.

The basic problem with bringing Lincoln to the 21st century and suggesting that today he would be a Democrat, supporting universal health care while opposing the abolition of the death penalty, is that Phillips seems to forget how much the times in which historical figures live impact the challenges and decisions they must make. Lyndon Johnson, Ronald Reagan, Harry Truman and Winston Churchill all evolved and changed during their political lives. Had Lincoln lived, and indeed were he alive today, his life experience would certainly impact his view of contemporary political issues.

Historical conjecture and speculation always make for interesting discussion. People argue today about how many great historical figures would act were they alive in our turbulent times. It is a fun topic for discussion, but in the end, the answer remains a subject for substantial debate.