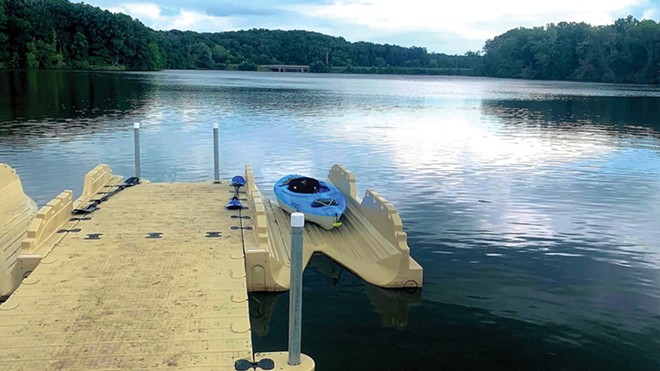 Credit: CWLP
The debate on whether or not Hunter Lake is needed has continued for 40 years, but the city of Springfield is now trying to make a case that an additional lake is needed for recreation, not simply a supplemental water source.

The case against Hunter Lake is overwhelming, but why would the Army Corps of Engineers allow construction of another unmaintained lake to satisfy needs which do not exist ("The imaginary, languishing lake," Sept. 9)? The answer to me is obvious, politics.

My wife accuses me of always looking for a conspiracy, and I do wonder what is really going on here.  I can see the mayor wanting to complete his father's legacy, but Hunter Lake just does not make sense.

Ignorance is repeating the same actions, hoping for different results. Given that the city has only made Lake Springfield less of an asset for its citizens, it is obvious a second lake will not end in different results.

It makes sense to have a lake for recreation in an area like ours that has limited access to free activities. One that will promote a connection with the land, and not colonizing it like the other man-made lake, is a wonderful idea. Perhaps it could be like Lake Sangchris, with smaller boats for fishing, but not speed boats or party barges. It could be a safe family environment for everyone, maybe even no alcohol at this new lake – Lake Shelbyville enforces this rule.

Bike trails alone are not the answer for Springfield. There are many people unable to ride a bike, let alone ride a bike on a trail. It's time to give back to our community and the people that have kept it going throughout the years.

This lake will be surrounded by open farmland. It will take decades for trees to grow. That farmland will be dumping pesticides, fertilizers and herbicides into the lake through runoff. Would you swim in it, or eat the fish from it? What would the recreation be that isn't already available at the current lake, Lincoln Memorial Garden, Carpenter Park or the city's other 39 parks? It's going to cost at least $106 million, as of estimates that are now eight years old.

The city would rather waste money on new projects than keep up with its existing infrastructure failings, like the roads, sewer and water system. The last thing we need is a lake. The first thing we need is to fill some potholes.

IMPROVE WHAT WE HAVE

How about we improve the lake we have? We could make it deeper and raise the railroad bridge so all boats can access the whole lake, clean it up, make the water quality better, add more parks on the lake, reopen the beach, etc.