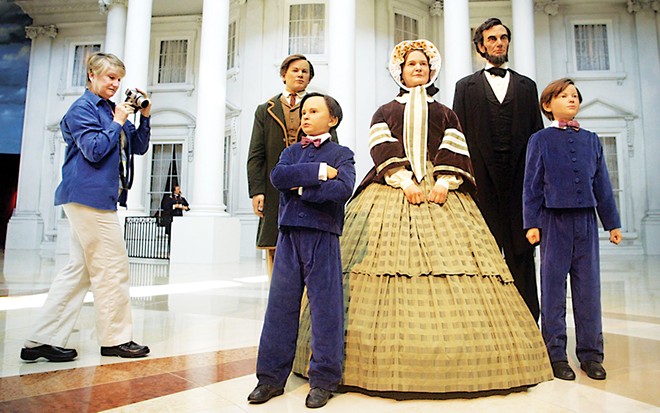 Photo E. Jason Wambsgans
Sam Wheeler, a state historian with the Abraham Lincoln Presidential Library and Museum, was terminated on July 15. Wheeler’s departure comes as the institution is searching for a new director after several previous directors were either terminated or forced out.

While I appreciate the many sides to the ongoing concerns at the ALPLM ("Getting real: ALPLM wrestles with hat, looks for leadership," July 30), my esteemed colleague, Harold Holzer, made a comment concerning the new executive director. He indicated that "Lincoln expertise isn't an essential." To this sentiment, I must strongly disagree, and I think that I have history (pun intended) on my side.

Perhaps I am asking too much from the governor and the ALPLM board of trustees, but I will continue to hope that President Lincoln was correct when he said, "The struggle of today, is not altogether for today – it is for a vast future also."

MEETING THE GUIDELINES FOR MEETINGS

Your Cap City column ("Masks," July 16) reported that several people participating, in person, in the July 14 county board meeting, including the hapless board chairman, did so without wearing masks. The First Amendment protects your columnist's right to set and enforce his own standards, even medical standards of his own devising. The current public health standards for meetings, however, do not require masks be worn if people are appropriately socially distant. The participants in the July 14 county board meeting met the public health guidelines.

The public has a legitimate expectation that its representatives will meet the professionally prescribed standards of conduct even if we fail to meet your columnist's higher standards. In our current virus-dominated circumstances, with many new rules of conduct imposed on our daily lives, it is even more important the community have confidence that the Sangamon County Board, with the guidance of the Illinois Department of Public Health, tries scrupulously to follow the public health guidelines.

A recent article states, "Sundown towns were generally present from the late 1800s to mid-1900s" ("Traveling Route 66 while Black, July 23). Would that this were so! Sundown towns peaked in 1968. Most (not all) have given up the distinction, especially after 2000. But second-generation sundown town problems, like overwhelmingly white police forces and teaching staffs, still plague many "recovering" sundown towns.