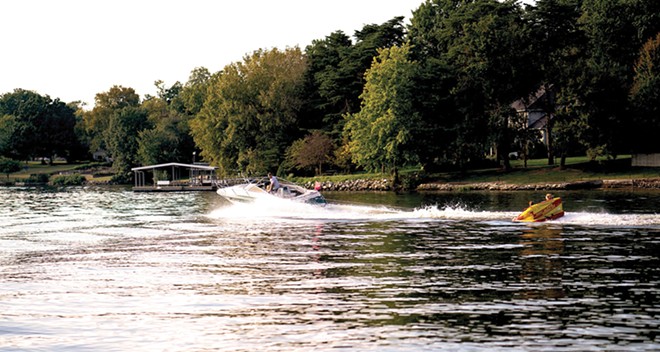 The U.S. Army Corps of Engineers is seeking public comments about the city of Springfield’s request to add aquatic recreation as one of the needed reasons to build Hunter Lake.

On July 1, the U.S. Army Corps of Engineers published a notice seeking public comments about the city's request to add aquatic recreation as a "need" to justify spending $150 million to build Hunter Dam. ACE wants comments from the public about meeting recreational needs with alternatives to Hunter Dam.

The mayor and CWLP know that when the water-intensive, older coal plants are retired, they can't justify a need to build a new lake for supplemental water. The demand simply isn't there, so they invented this new need to try to get the permit. Soon, taxpayers will foot the bill for yet more studies on recreation alternatives. The city council should have shut down this wasteful, needless environmental disaster-in-waiting decades ago, but funded study after useless study to prove a need that doesn't exist or could be met by better, cheaper, less destructive alternatives.

Email comments before July 30 to cemvr-odpublicnotice@usace.army.mil.

Some time ago, I recommended that the civic leaders of Springfield follow the lead of other cities by creating a permanent marketplace on the site of what is now referred to as the Y-Block. This is a strategy which Lisa Clemmons Stott, the former executive director for Downtown Springfield, Inc., referenced in her interview with Illinois Times ("Sky's the limit," July 21). Lisa noted that the current farmers market is outgrowing the space on Adams Street. She commented, "We've been talking about building a space for a year-round farmers market ... I envision a small, prairie-style building for the market on the Y-Block for the winter. In the summer it could be located inside the building, but it could also spill out onto the Y-Block."

The capital city of Columbus, Ohio, has done that very well, and major cities such as Philadelphia and Seattle also have thriving marketplaces which include year-round produce, diverse food services and nearby restaurants and other complementary retail businesses. Given those examples, a year-round marketplace should ensure a good return on investment.

DO AWAY WITH DSI

When Lisa Clemmons Stott took over DSI, it changed into a quasi-government office. DSI was never intended to be another public tax-sucking, so-called nonprofit. Once an organization gets tax money, it's just another unit of government with all the ills of bad management.

Lisa has zero private industry experience, and it shows. She supported closing Adams Street and many old ideas brought on by current and past government.

Closing streets has proven to be the worst thing that any government can do. Reopening streets and putting parking back in like thousands of other downtowns have done, works. Adams Street south of the Old Capitol Plaza should be reopened and angled parking restored.

Take down the fence around the Old Capitol Farmers Market and use the Old State Capitol grounds for the market. Year-round farmers markets always fail in this climate; it's too much of a good thing and there's really nothing to sell in the winter.

There are too many organizations and government trying to do the same thing in downtown – start with folding Downtown Springfield, Inc.