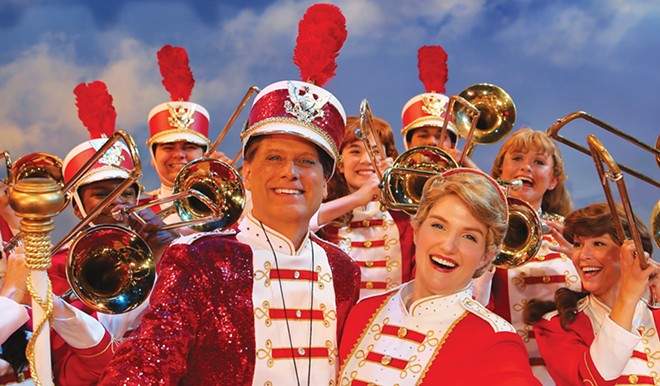 As a lover of theater and a member of The Music Man cast and crew, I feel so thankful for Dennis Thread's theater review ("The Legacy Theatre's The Music Man," July 15). Beyond any flattery, the guy really has a cool way of observing and then writing about a show. I think he's a real asset to Illinois Times.

The plan will be paid for by making the super-rich pay their fair share of taxes for a change. The plan is currently estimated to cost about $2 trillion; it will pay for itself many times over, and soon. And creating a clean energy economy now will prevent future generations from being burdened by having to pay trillions for future climate disasters.

The American Jobs Plan will create 18.6 million jobs that will be local, with union-scale wages and good benefits. This will result in an almost a $5,000 boost in annual household income for middle-class Americans, putting an extra $1 trillion per year into American's pockets, according to Moody's Analytics.

The plan will also jump-start the manufacture of American-made, self-driving electric cars powered by clean energy. This will not only slash emissions, it will mean that many American families won't need to own a car, saving the average family more than $5,600 per year. This will put an additional $1 trillion per year in Americans' pockets annually by 2030.

The American Jobs Plan would create a 21st century clean energy grid, which would provide an unlimited supply of solar and wind electricity (with storage), costing less than half the price of fossil fuel energy by 2030. Imagine the economic benefits that will have.

What is the real reason for them to continue to risk the health, and possibly lives, of fellow Republicans?  I think it is simply because they no longer control the White House.  How sad for us all.

The Trump administration helped start Operation Warp Speed to accelerate the development and distribution of a safe and effective vaccine.  I thank him for that, for I am vaccinated and healthy.

Donald Trump received the COVID vaccine before leaving the White House.  He even urged his followers to get vaccinated for the virus during his speech at the Conservative Political Action Conference in Orlando, Florida, in February 2021.

I pray these Republican politicians will accept the true facts and stop misleading the public.