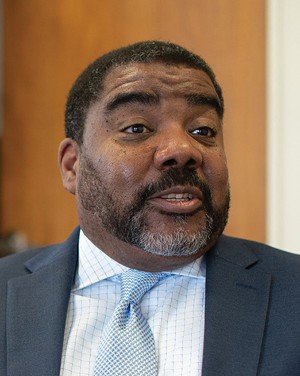 PHOTO BY E. JASON WAMBSGANS
On May 19 a judge found Illinois Department of Children and Family Services Director Marc Smith in contempt of court for the 11th time for violating court orders to move children to proper placements.

What would you do if your child had been lost for 180+ days ("DCFS keeps teenager locked in psych ward," May 19)? Perhaps you would be blasting social media, local news and every telephone pole available with their picture.  Maybe you would be in touch with local, state and federal agencies and elected officials.  Would you be feeling scared, sad, defeated, angry or frustrated?

Now I ask you to consider, what if your child had been lost in the DCFS system for 180+ days?

That is what my family is currently experiencing, and I can tell you that while circumstances are different, there are far too many similarities in the feelings they evoke.

For the past six months I have had temporary custody of a 3-year-old; the official title is an emergency kinship foster placement.  This child was taken from the only family they have ever known and has had no phone calls or visitations with their family the entire time, despite the fact there were no allegations of abuse by the parents.

We were told the review could take 90 days and that DCFS could potentially extend the case up to three times, which they did.  The third extension had a close-by date of earlier this month, and that date has come and gone with no update.

In six months, I have had interaction with exactly one DCFS representative, and that is after I initiated contact through the advocacy line in April.  I just received a second contact from that person after I emailed our lieutenant governor and other elected officials earlier this week.

To be fair, the advocate I spoke with was appalled about the lack of communication we have experienced and was incredibly empathetic.  I know that there are good people who work for DCFS, and I would expect them to be even more outraged than the average person at the reputation that has been created at the department.

Accountability and transparency are the only way to reverse the culture of children lost in this broken system.

I cannot believe the city of Springfield subsidized the purchase of the giant slide at the fairgrounds. ("A slippery slope of subsidies," May 19). That $120,000 would go a long way toward fixing streets on the north end. Go to Ninth Street and Converse Avenue heading south. Head east on North Grand Avenue from Walnut Street toward Rutledge Street. Stay in the curbside lane. Do this on a nice rainy day. Look at Carpenter Street from Walnut Street to Fourth Street, it's nothing but patches and the city plans to put all traffic from Madison Avenue on this road during the rail underpass construction.

Will the city get part of the income the slide will generate?

I was impressed by Scott Reeder's interview with Regan Deering ("A conservative community activist," May 19). We are so lucky to have a candidate of her caliber running in the 13th Congressional District. I was also impressed with her background and think we are indeed fortunate to see her in that race. I've watched her speak and have been equally impressed by her education and total understanding of what we need in Congress.

I was also moved that Regan was adopted and has an honest and informed belief about abortion and her pro-life commitment. Her understanding of the Midwest and as the mother of three gives her a unique perspective, and one we need.

Finally, Regan loaned her campaign $150,000. As the Sangamon County Republican chair under Governors Thompson, Edgar and Ryan, I spent a lifetime seeking candidates like that. As the only female of four primary candidates, it's important we elect Regan, as in November, she will be running against a female Democrat brought in from Washington, D.C.