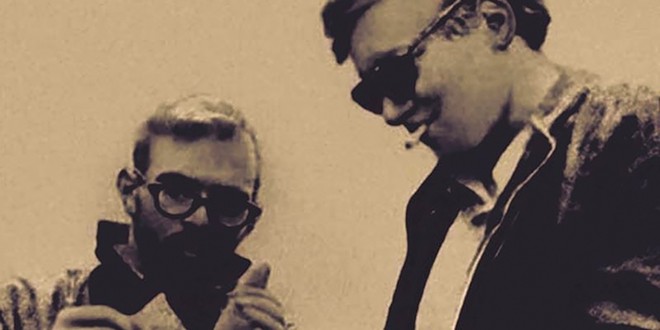 I was in the midst of reading several books on the Kent State shootings when I came across Cinda Klickna's book review of Michael Metz's Radicals in the Heartland ("U of I protests of the 1960s," April 9). I bought the book. The factual synopsis of events portrayed in the book is accurate, and I appreciate learning about the book since its subjects – free speech, civil rights and political dissent – are up my alley. However, this book review was a missed opportunity to inform readers of local connections with the larger issues of the book.

The first page of the preface includes a fact of local interest, but was not mentioned in the review: the author grew up here in Springfield ("my worldview [was] formed by Dominican nuns at the Little Flower School"). Unfortunately, Mr. Metz was not contacted for comment. Of further local interest is the mention in these first pages of the early Vietnam War deaths of his two friends from the old neighborhood, Sgt. Michael Calandrino and Pvt. William Hellyer.

So let me take this chance with the 50th anniversary of Kent State next week to remind some of us of a couple things about radicals in the heartland. First, none of the four Kent State students was a radical – in fact, Bill Schroeder was an ROTC officer. Similarly, Metz explores the same relative lack of radicals at the University of Illinois.

Secondly, all of the protests and turmoil prior to and after the Cambodian invasion and the Kent State shootings, including both the repression by the state and the violence by some radicals, was a seemingly necessary prelude to the eventual collapse of the war 45 years ago. Protests stopped that war. Events from decades ago can inform us in this century as to the critical importance of free speech and assembly.

Most people in Illinois probably do not know what Managed Care Medicaid is or what a pharmacy benefit manager does. Managed care organizations (MCOs) get paid by the state (the taxpayer) to administer the Medicaid benefit to Illinois residents. Pharmacy benefit managers (PBMs) administer the prescription benefits on behalf of health plans and MCOs. Sometimes the MCO and PBM are the same company.

By paying these MCOs, the state is supposed to save money. In the case of prescriptions, we taxpayers are getting taken advantage of. These MCOs pay pharmacies at a terrible rate, often below the pharmacy's cost of a medication. They then turn around and charge the state a higher amount for that medication than was paid to the pharmacy. This is called "the spread." The spread is one way these MCOs bilk the state out of millions of dollars each year.

Other states have figured this out and have, or are in the process of, firing these MCOs. Ohio found an average spread of 8.9% per prescription, or $224 million per year. Yes, the state of Ohio paid $224 million more to the MCOs than what was paid to the pharmacies that year.

Illinois already had financial problems before the pandemic; things will be worse going forward. We need to act now and fire the MCOs. This will save the taxpayers money and help prevent pharmacies from going out of business due to below-cost payment from these plans.