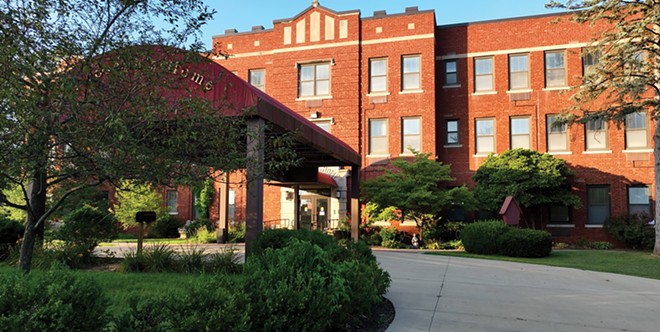 Photo by Evan Brown.
St. Joseph’s Home served aged people for 118 years until closing in December 2021. Now, the campus at 3306 S. Sixth St. will become the new home for The Outlet, a faith-based nonprofit that mentors young males from single-parent homes.

The stories Karen Witter wrote about The Outlet are simply beautiful ("Mentoring young men," Nov. 10). Thank you for taking so much time to help The Outlet spread the word about its work in the community. We greatly appreciate your tremendous effort.

The passion for what Michael Phelon does cannot be ignored. So happy for the growth he and his team are seeing. Well done, sir!

Fantastic news. So happy that they were able to work with the sisters to get the St. Joseph's Home property. I can't think of a better use for the facilities.

I read Scott Reeder's article about community journalism, and I agree that the internet has had a devastating effect on local as well as major newspapers ("A love story about community journalism," Nov. 3). However, that is not the whole story. I and many of my friends have dropped our subscriptions to the State Journal-Register as well as major newspapers because of the obvious leftist slant. Many articles were from the Associated Press, which I view as overtly liberal. I have seen similar bias in other small-town papers.

I am convinced that journalism students and students from many other fields (especially law) are being indoctrinated in philosophies such as woke-ism, gender confusion, critical race theory, The 1619 Project, socialist or Marxist thought and anti-Americanism by clearly biased professors brought up in an educational system that was infiltrated long ago by radicals such as John Dewey, Howard Zinn, Saul Alinsky, Julian Huxley and Bella Dodd, among many others.

Under our current administration we are now faced with higher inflation, shortages of many commodities, including fuel, increased crime rates because of demeaning and defunding of police, weakening of our military, admission into our country of hordes of illegal immigrants which will eventually cost trillions of dollars to support, loss of respect by citizens and leaders of other countries, emboldening our foes and the addition of nearly $5 trillion to our national debt. Such practices will ultimately lead to the destruction of our country and the takeover by a totalitarian form of socialism or communism that has been attempted and failed in many countries such as Russia, Cuba, Venezuela and others.

I commend the current and former U.S. Attorneys for the Central District of Illinois, Gregory Harris and John Milhiser, for their successful prosecution on civil rights charges of guards who violently beat and were responsible for the death of a 65-year-old inmate at the Western Illinois Corrections Center. According to press accounts, brutal beatings of inmates by guards at this facility were not uncommon.

Further, lying under oath to the FBI and the Illinois State Police in investigations of these matters occurred. The U.S. Attorney's Office should prosecute these violations of the law to change the violent, secret culture of this institution. 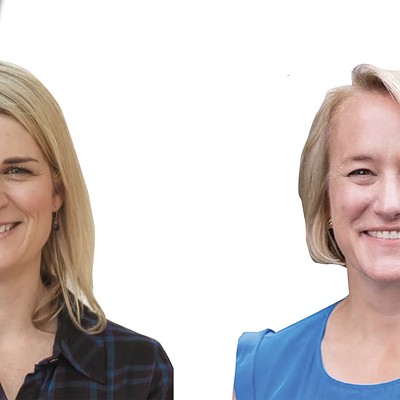